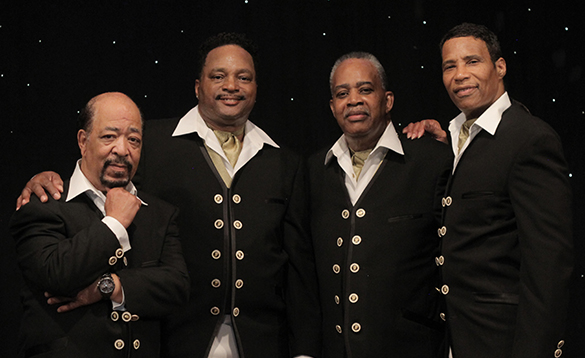 The Trammps began in Philadelphia in 1972 featuring vocalist, Jimmy Ellis, Harold Doc Wade, Stanley Wade and Earl Young and traveled with as many as 11 members, culled from the ranks of the busiest and best musicians, many of whom also played for Gamble and Huff’s Philly International and later for Vince Montana’s Salsoul Orchestra. The Trammps’ first recording, Zing Went the Strings Of My Heart, a remarkable remake of a tune originally recorded by Judy Garland in 1943, was recorded at the legendary Sigma Sound Studios in 1972 and was a bona fide chart hit, reaching #17 on the R&B chart and #64 on the pop charts that summer.

Within the next few years, Buddha Records recorded several of the Trammps’ hits, including Hold Back The Night which reached #40 on the pop charts and #10 on the R&B charts and Where Do We Go From Here, reaching #44 on the R&B charts in 1974. In mid-1975, the Trammps became one of Atlantic Records hottest Disco recording acts. Their first album with Atlantic yielded tracts Hooked for Life and Where the Happy People Go which became their biggest pop hit to date reaching #27 and continues to rank as one of the most recognizable songs of its era. Other Trammps hits on Atlantic included, Disco Party, Body Contact, I Fell Like I’ve Been Livin’ (On The Dark Side Of The Moon), The Night The Lights Went Out, and Soul Bones, which features a harmonica solo by Stevie Wonder.

The pinnacle of the Trammps career was their Atlantic sound track, Disco Inferno. In 1977 Disco Inferno, was the hottest song on the International Disco scene and the group was recognized as the best performing group by one of New York’s most popular clubs, 2001 Space Odyssey, the location for the motion picture, Saturday Night Fever. The soundtrack for the movie, which included Disco Inferno, was the industries biggest selling album to date and won the Trammps a Grammy Award in 1979. Throughout the years, the Trammps have made many tours throughout the United States, Canada, Europe, Asia and South America. Currently the Trammps, original members, Robert Upchurch, Harold Doc Wade, Stanley Wade, and Van Fields. The Trammps tour nationally and internationally with musicians from the original touring group.