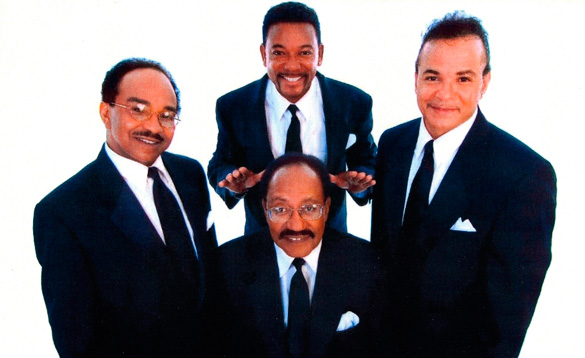 Say the word “Miracles” and all kinds of images from the golden era of the Motown Record Corporation comes to mind. The Miracles were the first Motown group to break through bringing Berry Gordy’s fledgling Detroit record company its first gold record for selling a million copies. The song was Shop Around and the year was 1960. The group turned out an amazing number of hits from that time to 1972 when lead singer Smokey Robinson opted for a solo career.

Following Robinson’s departure, The Miracles – Bobby Rogers, Pete Moore and Ronnie White (by this time the fifth member, Claudette Robinson, had retired from the business) recruited a new lead singer, Billy Griffin, and delivered several more hits, most notably, Love Machine, Do It Baby and Don’t Cha Love It. By 1978, this group had disbanded and following a period of inactivity, Rogers and White decided to reform the group. Sadly, Ron White passed away following a long illness.

Bobby’s strong desire to keep The Miracles name in the spotlight created the newly emerged group. As one of the cornerstones of Motown music and the co-writer of some of the most memorable Motown songs including Going To A Go-Go (Miracles), The Way You Do The Things You Do (Temptations), First I Look At The Purse (Contours), Bobby will go down in musical history for his infamous voice in the opening of mega hit What’s Going On by Marvin Gaye and his growl in Love Machine.

Dave Finley, long time friend of Bobby Rogers, with his smooth second tenor comes from the R&B vocal group, The Del Vikings of “Come Go With Me” fame. Dave continues to write and produce young artists keeping “the music alive”.

The Miracles are pleased to announce the addition of lead singer, Mark Scott. A Flint, Michigan native – Scott is no stranger to the entertainment world, beginning his career as a featured vocalist in the 1985 film “Breaking II Electric Boogaloo”.

The Miracles performed as a trio with their band, “The Miracle Workers”, with Tee Turner as musical director/bass player and background vocalist. An accomplished writer, producer and vocalist, Tee’s satin, airy vocal qualities with the ability to sing first and second tenor moved Tee to the front line – once again completing the four man group.

In 2006, The City of Detroit re-christened one of its streets “Miracles Boulevard”, in recognition of the legendary Motown group’s importance to the city, and as a tribute to their many accomplishments in the music industry. To date, The Miracles have sold over 40,000,000 records worldwide, and have won numerous Gold and Platinum Records and other music industry awards: The Miracles were honored with the 2,381st Star on The Hollywood Walk of Fame – 7060 Hollywood Boulevard (off Sycamore) coinciding with Motown Records 50th Anniversary on Friday March 20, 2009 at 11:30 am. joining an elite group of performers and entertainment industry professionals.

During that ceremony, the group was also presented with a “Certificate of Tribute” from the State of Michigan and Governor Jennifer M. Granholm.