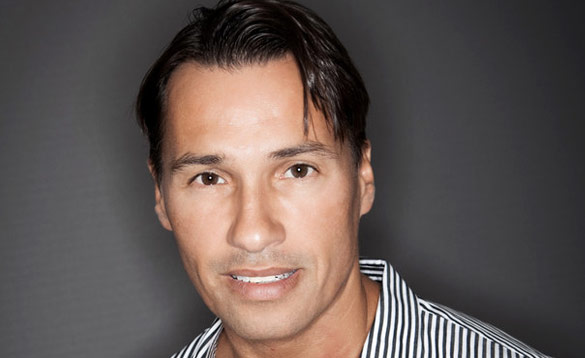 Brother Beyond was signed to EMI records in 1986, but it would take 2 years and four singles for the band to achieve their first hit!, in 1988 whilst working at the studios of PWL (The home of Kyle, Rick Astley and Jason Donovan). A chat over a pint with Pete Waterman and along with a bizarre auction where EMI would bid £25k for their production services resulted in the band working on two songs with Pete, Mike and Matt. The first song crafted was the Motown influenced The Harder I Try.

The song became a huge hit for BB peaking at number 2 spot in the UK and narrowly missing the # 1 spot but for Phil Collins and A Groovy Kind of Love. Just before the song was released Egg White left the band and was replaced by the bands regular drummer Steve Alexander, Egg went on to become a top songwriter and producer, penning Leave Right Now for Will Young and producing tracks for Adelle, Duffy and James Morrison to name but a few.

The Second single from SAW was He Ain’t No Competition which charted at #6, this was followed by two singles that were written by the band Be My Twin #14 and Can You Keep A Secret #21, the album Get Even was a top ten hit selling over 400’000 copies in December 88 in the UK.

In 1990 after the release of the bands second album Trust the group split, Carl Fysh went into media and pr with Sony records and now represents acts such as Coldplay and many others, Steve Alexander went on to be the semi permanent drummer for Duran Duran until they reformed and also play for Jeff Beck. David White is now a painter and has many exhibitions in London and Europe.

Nathan Moore went on to front the Simon Cowell assembled boy band Worlds Apart, after initially joining in 1994 the band went on to achieve huge success in Germany, Poland, Switzerland, Belgium and also France where in 1997 the band sold 1 million copies of their album Everybody, with songs such as Everlasting Love, Je Te Donne, Quand Je Reve De Toi after two #1 albums and six top 5 singles the band split.

Nathan Moore went on to manage acts such as Lisa Scott-Lee, Natasha Bedingfield, James Fox, Haydon Eshun, Phixx and the Opera singer Keedie during this period TV shows in the UK such as Totally Scott-Lee for MTV and Boys Will Be Girls for Channel 4 would follow.

2006 saw Nathan return to performing live after appearing on the ITV1 show Hit Me Baby One More Time since then he regularly performs across the UK solo,2010 would see baby boy Nico Marcellus Moore born to Nathan and his wife Donna and in 2011 will also see Worlds Apart reform for a nationwide Arena tour in France as well as a potential new album!

Look out for the Reissued Brother Beyond album Get Even on Cherry pop records featuring extra bonus tracks, out now.