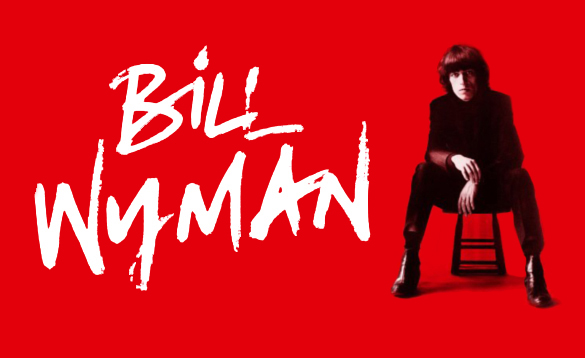 If Bill’s last album, the highly acclaimed and very successful Struttin Our Stuff, was the teaser, Anyway The Wind Blows is the main event. Each song is superbly crafted and reflects Bill’s encyclopaedic musical historic knowledge. The result is a delicious blend of blues, jazz, R&B and rock.

The great thing about this album is that it will transport you to a land where it’s always two in the morning, where the air is thick with cigarette smoke and the heady mixture of bourbon and perfume. It’s dark, hot, crowed room full of seamlessly with new ones, the common denominator being they’re all classics.

Bill Wyman – always the quiet almost immobile one at the break – has delved into his musical roots to provide an audio feast for the present. And being Bill, the band he has put together, the unbelievable ‘Rhythm Kings’ is just extraordinary. They play with outrageous skill that only comes when you make music from the heart. Because you want to.

Having been one half of the greatest rhythm section in history, there’s no cigar for guessing that Bill provides a bass line that motors along like a ’57 Chevy V8 cruising the Pacific Highway. Think of two distinctive characters in rock and you’ll be thinking of George Fame (and his Blue flames) and Gary Brooker, still a whiter shade of pale. Both are featured on keyboards together with Dave Hartley.

Think of your favourite guitar Hero and would Albert Lee (The Thunderbirds and The Everly Brothers), Peter Frampton (The Herb, Humble Pie and the bloke who by coming alive made one of the biggest selling albums of all times) and Andy Fairweather Low ( Amen Corner and the chap who sits next to god during his Albert Hall concerts and the world tours) suffice?

Someone’s got to sing and that someone is Beverly Skeete. Trust Bill to include someone who has the best voice in the world – it’s unlikely that Jamiroquai, Van Morrison, Jools Holland and Chaka Khan would get it wrong. The Album also has Paul Carrack ( Mike and the Mechanics ) bossing the mike on ‘Too Late’.

Then there’s Terry ‘Tex’ Taylor, the brilliant guitarist and Bill’s co-writer and before I forget, there’s the best horn section this side of Memphis. Laying down the beat behind the kit is Graham Broad. I mean, this man really drums.

Frankly, that would be enough for most people. But not for Mr Wyman.

So, isn’t that Chris Rea on Bill’s song Every Sixty Seconds and Mick Taylor (yes, that Mick Taylor) on Bill and Terry’s A True Romance? And I thought Mick Taylor never left Hyde Park after that concert.

Then there’s Martin Taylor, the guitarist who has topped the UK Jazz Album Chart yearly and toured with Stephane Grappelli and played alongside Chet Atkins

Anyway The Wind Blows is a masterclass of musicianship, blues arrangements and emotion. It’s real. It’s how you always wanted to hear it played.

Of course if you asked Bill Wyman he’d just give a small, wry smile and say “Nah… It’s just a few mates having a good time”.

In the past few years, they have continued their success, the group embarking on European and UK tours.