To purchase tickets contact venues directly by clicking the city link below:

LIVERPOOL (enter the promo code ONCE12)

or Ticketmaster by clicking HERE

ONCE IN A LIFETIME 2012 MEET & GREET VIP PACKAGE

· Ticket in the first four rows of the venue

· Photo with the artistes

A professional camera will be used to take the photo and it will be forwarded as a digital copy following the event. You will not be able to take a photo with your own camera due to time restrictions.

The meet & greet will last about 30 minutes within the venue prior to the show.

From television to recording and record-breaking concert tours and from Broadway to Las Vegas production shows, David Cassidy has made his mark and been lauded with awards and nominations ranging from Grammy’s to Emmy’s, Performer of the Year, and many more. David has certainly proven that it is talent that keeps people coming to shows, turning on the television, and buying records. “Yes, I still call them records,” says Cassidy.
Hailing from a family of actors, mother Evelyn Ward and father Jack Cassidy, his fate as a performer was essentially seeded at a young age. It was by coincidence that he wound up starring with stepmother Shirley Jones in “The Partridge Family.”

When ABC cast DAVID CASSIDY as its juvenile star in what became an astonishingly successful series, one of the most spectacular careers in the entertainment industry was launched. Before the end of 1970, the year that “The Partridge Family” premiered, David graced every teen magazine cover in the world, had the #1 selling single of the year, and garnered multiple Grammy nominations and won a Golden Apple Award. Over the next five years, membership of his official fan club exceeded that of Elvis Presley and the Beatles.
Those were only the first of many records David broke in his long and constantly evolving career. He became the first personality to be merchandised globally. His likeness appeared on everything from posters to lunch boxes and cereal boxes. His concerts sold out in the largest arenas and stadiums in the world which led him to be the world’s highest paid performer at the age of 21. He broke box office records at Melbourne’s Cricket Grounds, London’s White City Stadium, Houston’s Astrodome and New York’s Madison Square Garden. To date, his records have sold well over 35 million copies worldwide and have been recognized with over 24 gold and platinum recordings including four consecutive multi-platinum LP’s.

David was responsible for seven chart-topping Partridge Family singles including Doesn’t Somebody Want To Be Wanted, I Woke Up In Love This Morning, Breaking Up Is Hard To Do, and of course, I Think I Love You, the best selling record of 1971. As a solo artist, David has had hit singles including Cherish, Could It Be Forever, How Can I Be Sure, Rock Me Baby and Lyin’ to Myself. His 2004 CD, Then and Now, was in the Top Five and reached platinum status.

Never one to rest on his laurels, he went to Broadway where he starred in the original production of “Joseph and the Amazing Technicolor Dreamcoat.” London beckoned so he starred at the prestigious West End in “Time” with Sir Laurence Olivier. In 1994 he once again broke box office records in the stunning production of “Blood Brothers”, starring with brother Shaun. The road tour of the United States and Canada was SRO.
The success of his most recent recordings has brought him back to the UK where the scene is reminiscent of the ‘70s. His fan base is as strong as ever there, in many other international territories, and, of course, in the U.S. He has been asked to write a follow up to his first autobiography, was published by Headline Books in the UK and distributed internationally in Spring ’07. In this Year he took part on the Once In A Lifetime Tour along side, The Osmonds, David Essex & The Bay City Rollers.

In addition to performing, producing, writing and recording, David’s passion and avocation lie with the thoroughbred horses that he breeds and that race at tracks throughout the country.

Leo Sayer almost needs no introduction. He is held in great esteem as a live performer and recording artist by all age groups – from 6 to 60. This is as much due to his appearing famously with the Muppets, the Wiggles and on the Charlie’s Angels Soundtrack, as the countless hit songs he has written and recorded throughout his 40 plus years career.

From the Olympic Stadium in Moscow, through New York’s Central Park, the Greek Theatre and Universal Amphitheatre in Los Angeles, the Las Vegas Hilton, Wembley Arena and the Royal Albert Hall in London, to the State Theatre in Sydney and the Hamer Hall in Melbourne; in concert Leo has played the lot!

The trio’s first success came in 1973 when The Who’s lead singer Roger Daltrey based a debut solo album around Leo and David’s songs. 1972’s Daltrey led to Adam and David producing Silverbird, Leo’s first album release in 1973, which had the breakout hit: The Show Must Go On featuring Leo dressed in the costume and white make up of Pierrot. The album and single both hit the UK # 2 slot.

Leo’s star continued to rise in 1974 with a second album, Just A Boy, the Pierrot image now discarded. From this the singles One Man Band and Long Tall Glasses (a US # 7), and “Train” became international chart hits. He toured the States and Australia for the first time that year, and the impact of that first tour of Australia has endured to the present day. Further success ensued with 1975’s Another Year, which spawned the classic hit single Moonlighting.

A major turning point in Leo’s career came in 1976 with his premiere American album, Endless Flight. This gave him his first US # 1 with You Make Me Feel Like Dancing, a crossover R&B dance hit which also won him a Grammy Award. Then Albert Hammond and Carole Bayer Sager’s When I Need You went on to do the same. The album was a worldwide success, with How 2 Much Love” also hitting the top of the charts.

In 1977 Leo followed this up with Thunder In My Heart – and a later remix of the title track became Thunder In My Heart Again went to UK No.1 as recently as 2006. Then, in 1978, Leo released Leo Sayer, which included further hits like Dancing The Night Away, Raining In My Heart, and I Can’t Stop Loving You.

While visiting England, Leo had recorded Living In A Fantasy in 1980, and a single from this album: “More Than I Can Say”, put him back on the top of the worldwide charts. Working with producer Alan Tarney at the time, he even found time to pen a top ten hit for Cliff Richard, with Dreamin’ in 1981. More hits followed: Orchard Road in 1983, along with Have You Ever Been In Love, featured as the title track of another hit album released that same year.

In the international music charts there have been more than twenty top ten singles and five top ten albums in Leo Sayer’s illustrious recording career. Add to this the hits written for Roger Daltrey, Cliff, Three Dog Night, Tina Turner, Gene Pitney, Jennifer Warnes, and both Stella and Dolly Parton. It proves his prowess as an internationally acclaimed and talented songwriter. Now Leo is based in Australia, where he is busier and in more demand than ever. Last year was his 40th anniversary and to celebrate this he completed a tour of 58 venues.

Hot Chocolate started their recording career making a reggae version of John Lennon’s “Give Peace a Chance”.  He was contacted by Apple Records, discovered that John Lennon liked his version, and the group was subsequently signed to Apple Records. The link was short-lived as The Beatles were starting to break up, and the Apple connection soon ended.

In 1970 Hot Chocolate, with the help of record producer Mickie Most, began releasing tracks that became hits, such as “Love is Life”, “Emma”, “You Could Have Been a Lady”, and “I Believe in Love”.

It was in the disco era of the mid-1970s that Hot Chocolate became a big success. A combination of high production standards, the growing confidence of the main songwriting team of Wilson and Brown, and tight harmonies enabled them to secure further big hits like “You Sexy Thing” and “Every 1’s a Winner”.

In 1977, after scoring 15 hits, they finally reached Number One with “So You Win Again”. Other hits followed including “No Doubt About It”, “Girl Crazy”, “Brother Louie” & “Put Your Love In Me”

The band became the only group, and one of just three acts, that scored a hit in every year of the 1970s in the UK charts (the other two being Elvis Presley and Diana Ross). The band eventually had at least one hit, every year, between 1970 and 1984.

They continued well into the 1980s, and clocked up another big hit record: “It Started With a Kiss”, in 1982, which reached Number 5 in the UK. In all, the group charted 25 UK Top 40 hit singles. Their single “You Sexy Thing” became the only track that made British Top Ten status in the 1970s, 1980s and 1990s. Its renewed appreciation can be credited in part to its appearances in a string of successful films starting with the 1997 comedy The Full Monty. Errol Brown left the group in 1986 and has been replaced with Kennie Simon and they continue to tour extensively including performing for Prince Charles & Princess Diana and at the film premier of The Titanic

With chart-topping hits like Living Next Door to Alice, Lay Back in the Arms of Someone and If You Think You Know How to Love Me, and constant tours of the UK and Europe, the internationally successful British pop group, Smokie is one of the most popular bands in the world today.

Look at the Guinness Book of Hit Singles and you could be forgiven for thinking Smokie’s success story was a 1970s phenomenon. After all, 11 of their 14 British hits came in that eventful musical decade. However, their massive success story has continued to flourish around the globe including Scandinavia, South Africa, Germany and even China. Smokie are a band which has sold out tours and gained platinum records in four decades – the 70s, 80s, 90s and the present day.

Smokie first got together at school in Yorkshire in the late 60s. After going through various names and styles, they signed with Mickie Most’s then ultra-hot RAK label and found themselves chart bound. Songs like If You Think You Know How To Love Me, Don’t Play Your Rock’n’Roll To Me, It’s Your Life and Oh Carol (all Top 10 entries) became radio staples and gave Smokie their ticket to travel the world.

In 2003, Smokie released the ultimate greatest hits collection. Entitled The Box Set, the collection consisted of ten CD’s spanning the decades from the 1970’s through to today and gained Gold and Platinum awards throughout Scandinavia.

Watch Leo Sayer on BBC Breakfast by clicking the image below. 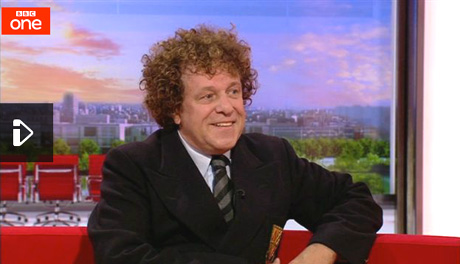