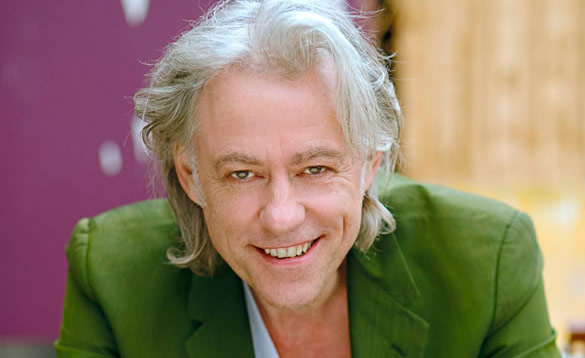 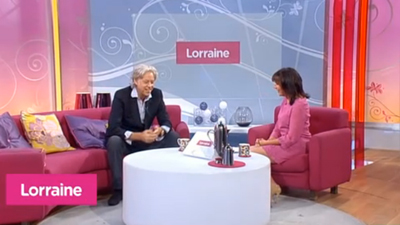 Bob Geldof is an Irish singer, songwriter, author, occasional actor and political activist. He rose to prominence as the lead singer of the Irish rock band The Boomtown Rats in the late 1970s and early 1980s alongside the punk rock movement. The band had hits with his compositions “Rat Trap” and “I Don’t Like Mondays”. He co-wrote “Do They Know It’s Christmas? One of the best-selling singles of all time. He starred as Pink in Pink Floyd’s 1982 film Pink Floyd the Wall. Geldof is widely recognized for his activism, especially anti-poverty efforts concerning Africa. In 1984, he and Midge Ure founded the charity supergroup Band Aid to raise money for famine relief in Ethiopia. They went on to organize the charity super-concert Live Aid the following year and the Live 8 concerts in 2005. Geldof currently serves as an adviser to the ONE Campaign, founded by fellow Irish humanitarian Bono. A single father, Geldof has also been outspoken for the fathers’ rights movement. Geldof has been nominated for the Nobel Peace Prize, was granted an honorary knighthood by Queen Elizabeth II, and is a recipient of the Man of Peace title which recognizes individuals who have made “an outstanding contribution to international social justice and peace”, among numerous other awards and nominations.

Upon returning to Ireland in 1975, he became the lead singer of the band The Boomtown Rats, a rock group closely linked with the punk movement. In 1978, The Boomtown Rats had their first No. 1 single in the UK with “Rat Trap”, which was the first new wave chart-topper in Britain. In 1979, the group gained international renown with their second UK No. 1, “I Don’t Like Mondays”. This was equally successful, as well as controversial; Geldof wrote it in the aftermath of Brenda Ann Spencer’s attempted massacre at an elementary school across the street from her house in San Diego, California, at the beginning of 1979. In 1980, The Boomtown Rats released the album Mondo Bongo. Its single “Up All Night” in 1981 was a hit in the U.S. and its video played on MTV with heavy rotation.

Geldof left the Boomtown Rats in 1986, to launch a solo career and publish his autobiography, is that it? Which was a best-seller? His first solo records spawned the hit singles “This Is the World Calling” (co-written with Dave Stewart of Eurythmics) and “The Great Song of Indifference”. He also occasionally performed with other artists, such as David Gilmour of Pink Floyd and Thin Lizzy. A performance of “Comfortably Numb” with David Gilmour is documented in the 2002 DVD David Gilmour in Concert. In 1992, he performed at the Freddie Mercury Tribute Concert with the surviving members of Queen at the old Wembley Stadium, singing a song he had co-written with Mercury, called “Too Late God”.

Along with U2’s Bono, he has devoted much time since 2000 to campaigning for debt relief for developing countries. His commitments in this field, including the organization of the Live 8 concerts, kept Geldof from producing any more musical output since 2001’s Sex, Age & Death album.

After Live 8, Geldof returned to his career as a musician by releasing a box set containing all of his solo albums entitled Great Songs of Indifference – The Anthology 1986 – 2001 in late 2005. Following that release, Geldof also toured, albeit with mixed success. In 1984, Geldof responded to a BBC news report from Michael Buerk about the famine in Ethiopia by mobilizing the pop world to do something about the images he had seen.[With Midge Ure of Ultravox wrote “Do They Know It’s Christmas?” in order to raise funds. The song was recorded by various artists under the name of Band Aid. In its first week of release the single became the UK’s fastest seller of all time, entering the chart at number one and going on to sell over three million copies, making it the biggest-selling single in UK history up to that point, a title it held for almost 13 years. The single was also a major US hit, even though Christmas was long gone by the time it could be released in the States. “Do They Know It’s Christmas?” returned to the UK chart a year later, reaching number three, and eventually it raised over £8 million.

Following this massive success preparations were started for the biggest rock concerts the world had ever seen. On 13 July 1985, Geldof and Ure organised Live Aid, a huge event staged simultaneously at the Wembley Stadium in London and John F. Kennedy Stadium in Philadelphia. Thanks to an unprecedented decision by the BBC to clear its schedules for 16 hours of rock music, the event was also broadcast live in the UK on television and radio. It was one of the most monumental stage shows in history, with Phil Collins flying on Concorde so that he could play at both Wembley and Philadelphia on the same day.

In total, Live Aid raised over £150 million for famine relief. Geldof was subsequently knighted, at age 34, for his efforts. His autobiography, written soon after with Paul Vallely, was entitled Is That It? This book achieved further fame for being featured on the GCSE examination syllabus in a following year.

On 31 March 2005, Geldof and Ure announced the Live 8 project, to raise awareness of issues that burden Africa, including government debt, trade barriers, hunger, and AIDS issues. Geldof organised six concerts on 2 July 2005 in large cities throughout the industrialised world. They featured musicians from different genres and locations around the world. The cities where Live 8 concerts were played were in industrialised countries, and drew huge crowds. The locations were London, Paris, Berlin, Rome, Philadelphia, Sudbury, Chiba, Johannesburg, Moscow, Cornwall and Edinburgh.
He has released a new album “How To Compose Popular Songs That Will Sell” on the Mercury Record label. It is his first album since 2001’s “Sex, Age & Death” and is his fifth album as a solo artist (his eleventh if you include his work in his band the Boomtown Rats). The album features 14 new Geldof compositions recorded with his band in his home and in various friends’ studios and produced by his longtime collaborator Pete Briquette.