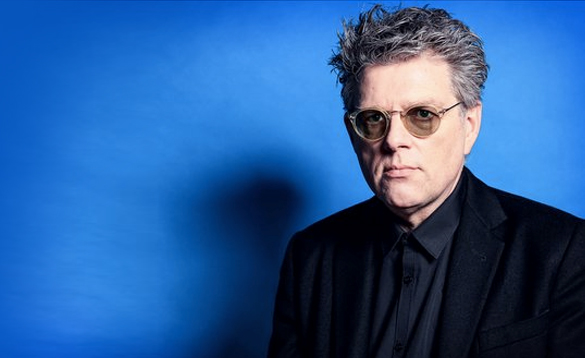 For nearly three decades fans of the Thompson Twins have been waiting for more live performances from one of the most iconic bands of the eighties. Now The Thompson Twins’ Tom Bailey, with a new band, will be touring and performing most of the big Thompson Twins hits in 2015.

Following a successful first festival performance in the UK in August 2014, Tom Bailey went straight into a highly successful 17 date tour of the USA with Howard Jones, Midge Ure, China Crisis and Katrina. The US tour included Tom making a special guest appearance on the Tonight Show with Jimmy Fallon and playing to a 4000 strong audience at LA’s legendary Greek Theatre.

The Thompson Twins had huge hits on both sides of the Atlantic. Songs such as ‘Hold Me Now’, ‘Doctor Doctor’, ‘You Take Me Up’ and ‘Love On Your Side’ provided the soundtrack for so many people’s lives worldwide in the mid-eighties. In 1985 The Thompson Twins played ‘Hold Me Now’ at Live Aid in Philadelphia and also performed the Beatles ‘Revolution’ with Madonna and Nile Rogers.

Says Tom: “This is the first time I’ve sung the TT’s hits in decades. It’s taken a long time, but now I’m really looking forward to playing those songs to some of the fans that were there first time around.”

Formed in 1977, the original Thompson Twins trimmed down their line-up in 1982 to a three piece of Bailey, Alannah Currie and Joe Leeway as they adopted a more electronic synthesizer based sonic line-up. Tom Bailey was the singer, multi-instrumentalist, producer and, along with lyricist Alannah Currie, composed and arranged the Thompson Twins music.

The last Thompson Twins show in the 20th century was in Austin Texas in August 1987 and the band finally broke up in 1993. Since then Bailey has worked in many different areas of music, from the experimental electronic Babble and Kolab to the Indo-fusion of the Holiwater Band, the visual astronomy project BSP and the sound-system dub of International Observer.

The music and videos of the Thompson Twins became a fixture on hit radio and music television throughout the world in the eighties. Tom Bailey will at last be bringing those songs which meant so much to so many, back live in 2015.