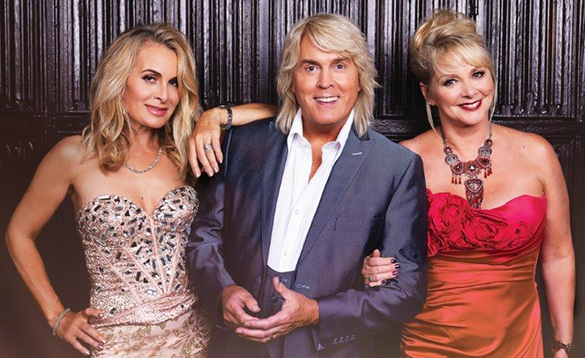 Between 1981 and 1988, Bucks Fizz sold 9 million singles and spent 150 weeks in the UK charts. The band notched up 11 top 20 hits which included 7 top 10 singles, such as If You Can’t Stand The Heat, New Beginning and Now Those Days Are Gone. They topped the charts three times, with The Land Of Make Believe, My Camera Never Lies and, of course, the Eurovision winning song, Making Your Mind Up.

With more than 9 albums to their credit and chart and touring success all over the world, Bucks Fizz is one of the most popular groups from the 80s. A favourite with the royals, they performed for the late Princess Diana, Prince Edward, Princess Anne and the late Queen Mother.

Halfway through the first ten years of the band’s successful career, there was a change in the line up; in June 1985, Shelley Preston was chosen from 1400 girls in heavily publicised auditions, to replace Jay Aston. This new Bucks Fizz enjoyed continued chart success around the world for a further five years.

In December 2004, after a gap of fourteen years, Cheryl, Mike, Bobby and Shelley reunited for the hugely successful Christmas Here and Now tour. Bucks Fizz went down a storm and stole the show, coming on stage every night to a standing ovation. The audiences went wild when the girls had their skirts ripped off in Making Your Mind Up!

Cheryl, Mike and Shelley performed as a trio for two of the shows on the tour due to Bobby’s other work commitments. They enjoyed it so much, as did the audience, they decided to continue working together.

In 2005 they were invited to perform Making Your Mind Up live at the 50th anniversary of The Eurovision Song Contest in Copenhagen, viewed by an audience of over 80 million around the world.

In 2006, the band managed to squeeze in several theatre and corporate gigs around the UK, even though Cheryl was appearing in Footloose the Musical in London’s West End six nights a week for most of the year.

2006 also saw the release of the band’s 25th anniversary double CD, ‘Bucks Fizz – the Complete Anthology’, which coincided with a special 25th anniversary performance at the prestigious London nightclub, G-A-Y.

The five original members of Bucks Fizz got together for the first time EVER to appear in the Peter Kay Comic Relief charity video in 2007.

Cheryl Baker, Mike Nolan and Jay Aston, three of the original members of Bucks Fizz, perform all the hits, including the multi-million selling single ‘Making Your Mind Up’, with the original routines and harmonies they were famous for.