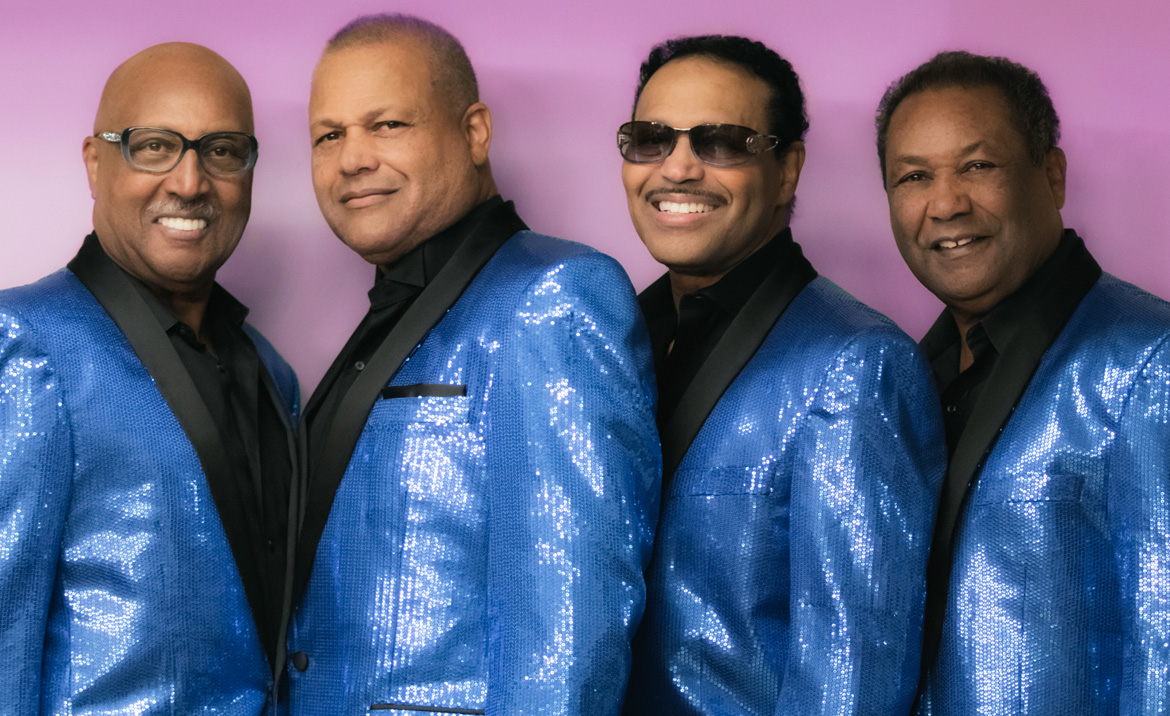 The story of Tavares is the inspirational tale of a band of young brothers bound not only by blood, prodigious talent, and a rich musical legacy, but by a fierce determination to succeed in the music business. Over two decades, the Tavares Brothers managed to place 8 singles on Billboard’s Top 40, 12 Singles on the R&B Top 10 Chart (Including three #1 records), 3 Dance Chart Hits (1 at #3 and 2 at #1), 10 Hit Albums, and won a Grammy Award for their work on the soundtrack to Saturday Night Fever, (recently certified 15 times platinum).

The Tavares Brothers started performing in 1959 as Chubby and The Turnpikes when the youngest brother was 9.

By 1973, they had changed their name to Tavares and scored their first R&B Top 10 (Pop Top 40) hit with “Check It Out”, (produced by old friend Robert “Boogie” Bowles) and soon began charting regularly on the R&B and Pop Charts. In 1974, Tavares had a hit with Hall & Oates’s “She’s Gone”, (which became a hit for Hall & Oates as well two years later).

1975 turned out to be their most successful year chart wise, with a Top 40 Pop Album (In The City) and their biggest US hit, the Top 10 Pop/#1 R&B smash “It Only Takes a Minute”, which was later successfully covered Take That, and sampled by Jennifer Lopez. “It Only Takes a Minute” was followed by a string of hits: “Heaven Must Be Missing An Angel” (1976), “Don’t Take Away The Music” (1976), and “Whodunnit” (1977) other hits followed including “One Step Away”, “The Ghost Of Love” and “The Mighty Power Of Love”.

They appeared on the soundtrack to the film Saturday Night Fever in 1977, Tavares recorded the Bee Gees song “More Than A Woman”, and their version reached number 7 that year. The soundtrack became one of the most successful in history, earning Tavares their only Grammy.

Later albums such a Madam Butterfly and Supercharged, strayed from the Disco format and were less successful on the Pop Chart (although they continued to have Top 10 R&B Hits such as “Never Had a Love Like This Before” and the popular socio-political “Bad Times”. They had one last major hit, the ballad “A Penny For Your Thoughts”, for which they were nominated for a Grammy in 1982.

Today, Tavares continues to tour the world and on April 16, 2017, they performed on the CBS Television Special “Stayin Alive, A musical salute to the music of The Bee Gee’s”, dueting with R&B star Jason Derulo on “More Than a Woman”.