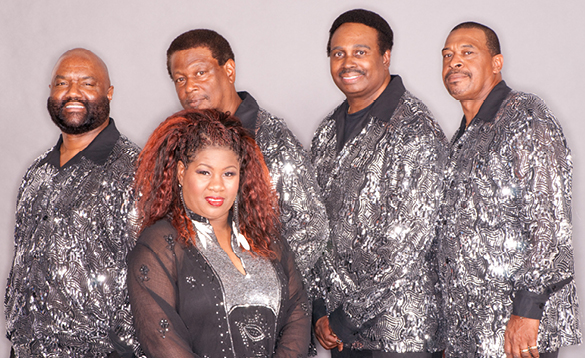 The Los Angeles-based group Rose Royce began life as Total Concept Unlimited, formed by Kenny Copeland and Henry Garner in 1973 while still at high school, they were hired by Edwin Starr as his backup band.

Now able to mix with various music industry personalities, the group came to the attention of Motown producer Norman Whitfield, who began hiring them for recording sessions (for the Temptations amongst others). Renamed Rose Royce, and under Whitfield’s supervision, the group started work on their debut album. However when Whitfield got the opportunity to write the score for the movieCar Wash, he insisted they put that aside, and the group’s first LP thus became a double album soundtrack.

Both the 1976 movie (starring Richard Pryor and George Carlin) and the soundtrack were big hits, making the group’s name, and giving them three Billboard R&B Top Ten singles (Car Wash, I Wanna Get Next To You and I’m Going Down). The single Car Wash also topped the pop charts.

Rose Royce’s follow up album, 1977’s In Full Bloom, allowed the band to shine in their right and silenced critics who had denied them legitimacy for being a soundtrack band. Opened by the frequently covered wistful ballad Wishing On A Star, packed with tight funk jams and boasting a horn heavy construction, the recording went platinum and returned them to the Top Ten with Do You Dance andOoh Boy.

1979’s The Rainbow Connection featured disco hit Is It Love You’re After, while Kenny Copeland took lead vocals on Norman Whitfield’s I Wanna Get Next To You.

Their greatest hits album reached the number 1 spot on two separate occasions in 1980 spending 34 weeks on the chart, a further release in 1991 reached no 8.

The group continued recording into the late 80’s, though major chart success largely eluded them, and are still a popular live attraction today.

Long recognised as a major talent among music professionals,Rose Royce, the Grammy Award winning group who sold over 2,000,000 copies of the platinum album Car Wash currently have on release a Greatest Hits album.

In their 31 year recording history, Rose Royce has earned seven gold records and three platinum records in the UK alone for such gems as Wishing On A Star, Is It Love You’re After, Love Don’t Live Here Anymore, I Wanna Get Next To You, Magic Touch and of course Car Wash, just a few of their greatest hits. Many major stars have covered their Hits including Mary J Blige, Jimmy Nail & Madonna who did a rendering version of Love Don’t Live Here Anymore.

Dazzling audiences world-wide, apart from their own headlining shows Rose Royce have worked and toured with the likes of Earth, Wind & Fire, Arsenio Hall, Chaka Khan and Kool & The Gang to name but a few.

Rose Royce have appeared on every major TV shows all over the world including such classic shows as Solid Gold, Soul Train, Top of The Pops and The Johnny Carson Show.