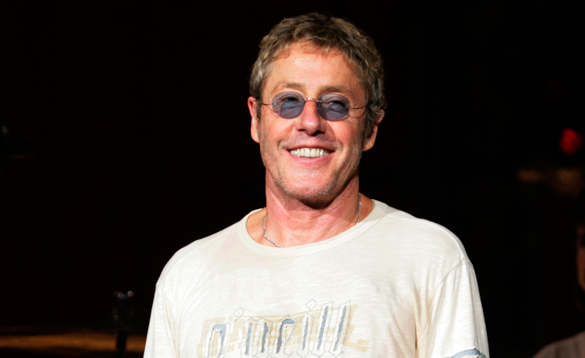 Roger Daltrey has been a world famous star since the early sixties when as lead singer of The Who he embarked upon a career as a recording and performing artist that ranks him as one of the four or five best known lead singers in the history of rock music. Since then The Who have sold approximately 100 million albums and toured extensively round the world, but have undoubtedly been most successful in the USA where, even more than in their home territory of the UK, The Who are renowned as the biggest touring rock band in history. Just a few of their worldwide hits include ‘My Generation’, ‘Substitute’, ‘I’m A Boy’, ‘Happy Jack’, ‘Pinball Wizard’, ‘You Better You Bet’, ‘ I’m Free’ and ‘Pictures of Lily’.

The awards and prizes that Roger Daltrey has won in that time are too numerous to list, but apart from a multitude of gold and platinum albums, he has won the two most prestigious British awards – namely The Brit award and Ivor Novello award – both for special achievement in popular music. He has also received the Nordoff Robbins’ award for special achievement and The Who have also been inducted into The Rock ‘n’ Roll Hall Of Fame. The Who achieved world-wide acclaim for touring the first ever rock opera, Tommy, in prestigious theatres and opera houses internationally. They were the first and only band to ever perform at the New York Metropolitan Opera House. Roger Daltrey created the role of Tommy which led to the Tony award winning Broadway production.

His acting career, which started in the early seventies, includes the title role in the Ken Russell film Tommy, for which he received a Golden Globe nomination. Other film credits include Ken Russell’s Lizstomania, the title role in McVicar, Lightning Jack with Paul Hogan and Teen Agent. He is currently filming a series for the History Channel.

As a solo recording and performing artist he enjoyed great success from the seventies to the nineties with many hit singles and in 1994 his solo concert at Carnegie Hall, with The Juillard Orchestra was the fastest selling event in the venue’s history. He also appeared on stage as The Tin Man in a production of The Wizard Of Oz at The Lincoln Centre in 1995 with Deborah Winger, Jackson Browne, Natalie Cole and Nathan Lane.

In 1996 and 1997 he co-produced, directed and starred with other members of The Who and guest stars in an audio-visual presentation of the rock-opera Quadrophenia in which the opera was performed interacting with a background of documentary and dramatic film footage and toured all over the USA and Europe. In 1998 he starred as Scrooge in A Christmas Carol at Madison Square Garden.

The Who reformed in late 1999 for a series of charity concerts in the USA. and in 2000 completed a hugely successful sell out US Tour.This was followed by a concert at The Royal Albert Hall in London with various guest artists including Eddie Vedder and Bryan Adams which ,together with the DVD and CD of he concert has raised over $2m for The Teenage Cancer Trust, a charity that builds specialised wards for teenagers with cancer in the UK.Roger has become patron of this charity and organised concerts in 2001 and 2002 featuring the cream of British rock musicians, raising a huge amount for the charity and winning him a Humanitarian Award in 2003 from Time Magazine. In October 2001 Roger and The Who stole the show at The Concert For New York in aid of victims of the September 11th attacks.

In 2002 The Who undertook another US tour , marred by the tragic death on the eve of the tour of Roger’s friend and bandmate John Entwistle..The tour carried on to huge acclaim, and Roger and Pete as the surviving members recorded a new album Endless Wire , their first in over 20 years in
2006 followed by a tour of the US and Europe .In 2005 the Queen awarded Roger a CBE and then in 2008 Roger and Pete Townshend were given the prestigious Kennedy Centre Award by President George W Bush.After touring Japan and Australia in 2008 and 2009 the band played the Super Bowl in 2010. Roger toured the US with his own band in 2009 and 2010 and in 2011/12 toured the US,UK Europe and Japan performing Pete Townshend’s legendary rock opera Tommy. In November 2012 The Who embarked upon a 37 date tour of North America performing Quadrophenia and played at the 12/12 concert in New York in aid of the victims of Hurricane Sandy.