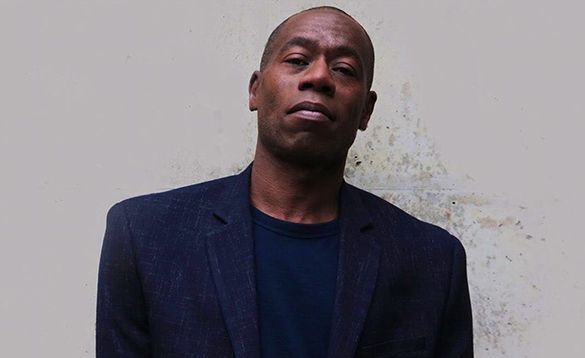 Ever since bulldozing his way onto the scene with unforgettable tracks like ‘Cuddly Toy’ and ‘Family Man’ in the late 80s, Andrew Roachford’s maverick take on music has spread far and wide. As the first artist to sign a staggering seven-album deal with Columbia Records, it heralded the beginning of something big. “Getting signed and being a black British artist gave me a sense of pride” enthuses Andrew.

Like any artist worth their salt, Andrew Roachford’s music is the result of many things. Raised in south London to West Indian parents, as a child of the 70s and 80s, it’s no wonder that his music sounds the way it does. Influenced by everyone from Curtis Mayfield and Al Green to The Roots, D’Angelo and Jill Scott, Andrew’s formative years were also spent listening to Radio One, reggae and jazz. Pinpointing the beginning of his musical career as a child he vividly remembers being mysteriously drawn from his bed to play the piano in his living room. “There was always a piano in the house and I just got up and started playing even though I’d never played before. There was something quite surreal and magical about it.” Looking at Andrew Roachford’s family history, though, it shouldn’t come as any surprise.

Born into a musical dynasty, his uncle Bill Roachford was a virtuoso saxophonist. The musical ball really started to roll however, when Andrew hit the road with his uncle. Playing gigs on the jazz circuit in those days, gave him a good grounding for things to come. “I got lucky enough to start gigging when I was about 14. I was in the middle of that whole jazz scene which was an interesting education. It taught me musically, how to listen and how to entertain. My uncle always told me that you had to give people a show.”

Andrew was Columbia’s biggest selling domestic act for over ten years. As if any more proof were needed, the fact that Andrew Roachford has been approached by such luminaries as Michael Jackson and Chaka Khan to write songs, speaks volumes.

In June 2005 Andrew released the album ‘Word of Mouth’ after having toured the UK, Europe and Australia spreading the word.

He is now back in the studio working on his new album ‘ADDICTIVE’ which will be released later this year.