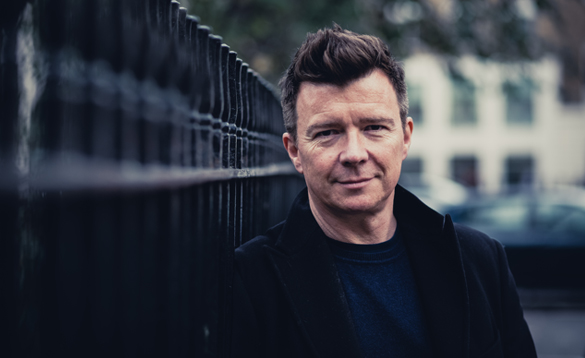 In 1987 a young man from Warrington is the hottest new name of the musical year, and after debuting with a global No. 1 that becomes a pop standard of its day, Rick Astley confounds the media that has already typecast him at the forefront of the Stock/Aitken/Waterman chart invasion. Thrilling his fans and wooing their mums, he unveils a surefooted cover of the classic ballad When I Fall In Love.

”I really enjoyed doing that,” he says now. “I knew Nat ‘King’ Cole, I knew he was one of the best vocalists that ever lived. When we did that, it was meant to be a ‘last track on the album’ kind of thing, sort of like ‘I know he’s done ‘Never Gonna Give You Up’ and ‘Together Forever’ and it’s all uptempo, but have a listen to this.”

On its way to becoming the UK’s bestselling single of the year, Never Gonna Give You Up had topped the UK chart for five weeks, the Billboard Hot 100 for two and ruled in 14 other countries. After Rick followed up with a similarly jaunty top three smash in Whenever You Need Somebody, the British media thought it had the measure of a new pop voice.

Then Rick’s torch song rendition outpaced the reissued Nat Cole version in the charts and, just as importantly, sowed a creative seed. “It did make me think,” says an older, worldly-wise Astley, “that one day, I wouldn’t mind having another bash at that sort of song.”

So where has Rick Astley been all our lives? For a start, it’s unjustly forgotten sometimes that after that first, prestigious American success, Astley recorded the incredible scorecard of two US #1s from two releases there, when Together Forever also hit the top. Rick went on having top ten UK singles through into 1991, when the reflective ballad Cry For Help sent another signal of his knowing touch with more adult material.

Astley established his songwriting credentials on the 1993 album Body & Soul, working with collaborators such as Lisa Stansfield and the late Rob Fisher, once of Climie Fisher. Then he decided that his wife and young daughter were more important to him than the chart ratrace, and he unofficially retired from recording and performing.

Rick took part on the Here And Now Tour in Japan in 2007 and loved it so much he has agreed to appear on the UK arena Tour in May 2008 alongside :Bananarama, Paul Young, ABC, Curiosity killed the cat, Johnny hates jazz and the cutting crew.