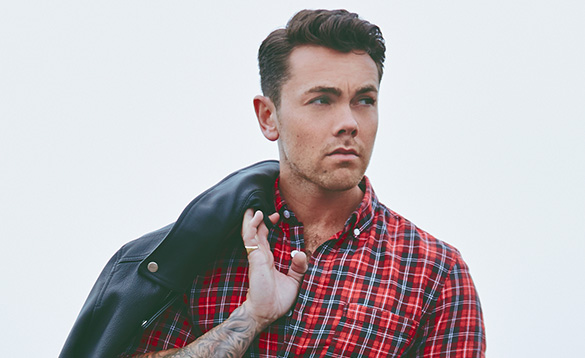 Ray Quinn is a multi talented singer / dancer / actor who first came to our attention in 2000 playing Anthony Murray on Channel 4’s Brookside going on to play roles in many other TV shows before finally turning his attention to his true passion and entering The X factor, appearing in the 2006 series seen by 12.6 million viewers. The fact that his debut album ‘Doing It My Way’ entered the UK album charts at number one going on to sell over 300,000 copies showed just how popular his appearances on the show had become – all without releasing a single.

Following the success of X factor & ‘Doing It My Way’, the next step for Ray would be the West End and combining all his talents he appeared in some of the biggest hit shows. Grease, Dirty Dancing & Legally Blonde highlighted just how versatile a performer he was. He also went on to star in the 2009 Saturday night show ‘Dancing On Ice’ which he not only won but was also crowned Champion of Champions in 2014.

Ray returned to the studio in 2015 to start work on a new commercial sound that would return him to his music. Working with a team of songwriters and producers in London he has been creating an album of original songs for his eagerly awaited second album. See Ray and hear his new music this Autumn on his ‘No Man’s Land’ tour.