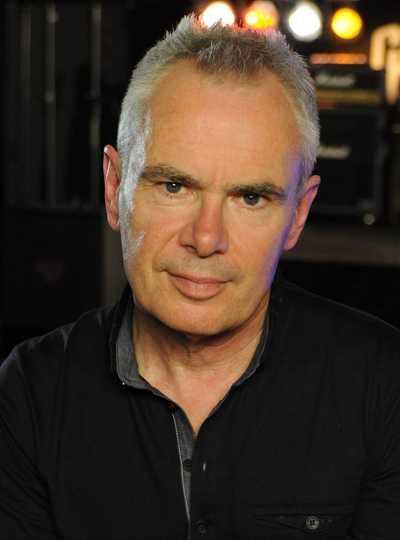 Being almost completely unemployable and consequently unencumbered with job offers, he was free to pursue his song writing. He borrowed a friend’s Portastudio and spent the bulk of the year making demos. These he sent out to publishers and record companies. He still has a file somewhere containing the resulting rejection slips.
In an act of desperation, he placed an advert for management in the Melody Maker. Ten replies were forthcoming.

Nine came from investment companies and one from a character operating under the dubious nom de plume: Mickey Modern. On further investigation, it transpired that the mysterious Mr Modern had previously managed blues band “Nine below zero” and was looking for a fresh challenge. Kershaw sent him a tape and a particularly dodgy photograph and waited for another addition to his rejection slip collection. In spite of the photograph, Modern saw potential and offered his services.

Over the next few months, deals were wheeled and wheels were dealed; palms were crossed and arms were twisted; ears were bent and tapes were sent and Mickey courted the same people Kershaw had already been rejected by. One of said number was Charlie Eyre, head of A&R at MCA records. After much cajoling, Eyre agreed to a singles deal and a trial period.

Rupert Hine was enlisted to produce some early recordings (this included a version of I Won’t Let The Sun Go Down) but it was Peter Collins who was eventually to be given the job of harnessing Kershaw’s precocious talents to produce the first album, “Human Racing”. It was recorded over a ten-week period at Sarm East studios in East London during the summer of 1983.

In September 1983, I Won’t Let The Sun Go Down was released for the first time and reached the dizzy heights of No.47. This was followed in January 1984 by Wouldn’t It Be Good” which languished gracefully at No.4 in the UK charts for five weeks and was to break Kershaw worldwide. The album was released in March and achieved platinum sales in many territories. He managed to squeeze in two European tours, four more hit singles and another platinum album (The Riddle) before the end of the year.

1985 saw three hit singles, a world tour and an appearance at “Live Aid”
He was to record two more albums with MCA before quitting in 1989 to concentrate on song writing and ferret husbandry.

He briefly poked his Artiste’s head out of the trenches to work with Tony Banks (Genesis) and to record a self penned duet with Elton John (little fella, glasses) but didn’t return to making his own records until 1998 when he released the critically acclaimed 15 Minutes through Eagle Records. This was followed by the equally well received To be Frank.

Nick has regularly appeared on the successful 80’s Here And Now show.