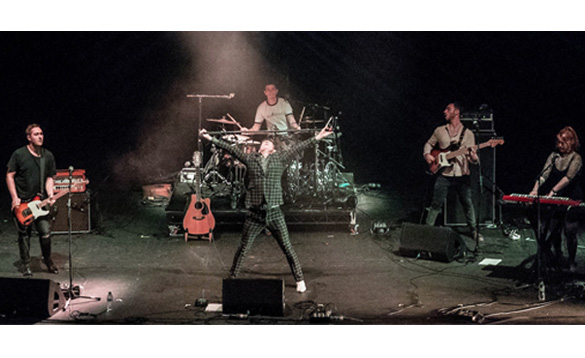 With a string of top 40 hit singles and albums in the 1990s, My Life Story received huge critical acclaim with their brand of epic, orchestral pop, leading many artists of the Britpop era to feature them on their records. One of our most colourful lyricists, is how Steve Lamaq described charismatic frontman Jake Shillingford, famous for his sharp tongue and even sharper suits.

Now, MLS have become a hugely popular, tight live act on the wave of the 90s revival. Their high-energy set includes singalong favourites 12 Reasons Why I Love Her, Strumpet, Sparkle and The King of Kissingdom.  Taking a break from writing film and TV scores, Jake and the band have recently crowd-funded their fourth studio album, the first in nearly two decades, which is due for release on 2nd August 2019.

“Jake Shillingford [took] to the stage like a true star.  Part Jagger, part Jarvis, he kicked, star-jumped and fell to the floor in mesmerising fashion.“You’re left with no doubt that My Life Story are one of the decade’s forgotten heroes and asking ‘why were they not massive?’