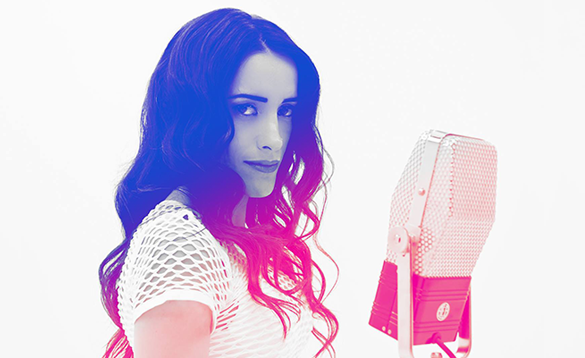 MARTIKA is an American pop singer-songwriter and actress. As a singer she released two internationally successful albums in the late 1980s and early 1990s, selling over four million copies worldwide.

MARTIKA began her career as a child actor, appearing in the hit movie ‘Annie’. MARTIKA was cast as ‘Gloria’ on the Disney children series Kids Incorporated, appearing alongside Stacy Ferguson (Fergie, The Black Eyed Peas), Mario Lopez, Shanice, and others.
MARTIKA was signed to CBS/Sony records in 1988 and released her debut CD titled ‘Martika’ which spawned several top 40 hits and culminating with her Billboard #1 hit song ‘Toy Soldiers’. ‘Martika’ the CD sold over 3 million units worldwide and made MARTIKA an international star.
MARTIKA’s follow up CD was Co-Produced by Prince and was titled ‘Martika’s Kitchen’. ‘Martika’s Kitchen was a hit overseas and MARTIKA toured Europe, Japan and Australia in support of her growing success. ‘Love…Thy Will Be Done’, co-written by Prince, became a hit and was #1 in Australia for five straight weeks.