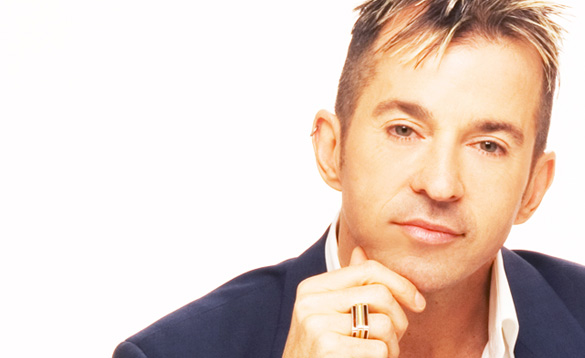 Limahl won the hearts of a global audience as lead singer of Kajagoogoo and co-writer of their million selling album White Feathers spawning the deliciously catchy début single Too Shywhich stormed to the top of the charts all over the world, including No’ 5 in America.

One might also think of Limahl in the same bracket as Boy George, Phil Oakey or Margaret Thatcher as having one of the defining bouffants of the era but, the original duo tone spiky mullet man was, oh, so much more than his legendary hair, the band he fronted so much more than their crazy name and angular posturings.

A real chart contender too, five hits over two years and here’s the roll-call: Too Shy (No. 1 with Kajagoogoo), Ooh To Be Ahh (No. 7 with Kajagoogoo), Hang On Now (No. 13 with Kajagoogoo), Only For Love (No. 16 Limahl) and Neverending Story (No 4 Limahl). Big hits too possums, look, all top 20!! A five-hit wonder, but no flash in the pan. For a small time, a big star!! Instantly recognisable, obviously talented. The public face and, arguably, one of the faces of the 80’s!

Mainstream popularity brought platinum sales awards and the accolade of performing at prestigious industry and public events alike. One such early career highlight was an invitation to perform at the 1983 Children’s Royal Variety Show at Her Majesty’s Theatre, London in the presence of Her Royal Highness Princess Margaret. The momentum of that breakthrough year culminated in Kajagoogoo winning the ASCAP Award (American Society for Composers, Authors and Publishers) for having co-written one of the most played songs of the year on American radio.

Now after 20 years in the business, his “performing apprenticeship” has been well and truly earned, with countless, worldwide TV, theatre, ‘live’ appearances and even successful music production credits to his name… demand is keeping those schedules as intense today as they ever were.

Limahl has not only survived but, has now achieved a substantial degree of that much sought after longevity, both as a performer and musician, long may his varied career indeed be, never ending…