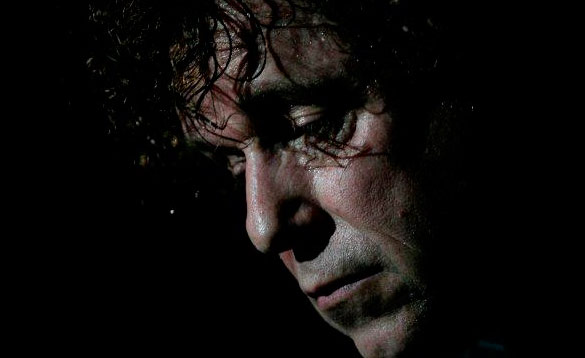 Songwriter, singer and performer – Leo Sayer excels at all three. Throughout his long and successful career Leo has resisted being forced down one avenue at the expense of the other two, determined to develop his career to encompass his many talents.

Gerard Hugh Sayer was born in May 1948 in Shoreham-by-Sea, Sussex, England. After studying graphic design at Art College he began his working life as an illustrator in London, playing blues harmonica by night in folk clubs. During this period (the year is now 1968) he began to write songs and in 1972 met David Courtney, an ex-drummer for 60’s pop star Adam Faith.

David and Leo started co-writing and shortly afterwards Leo Sayer signed a management contract with Adam Faith. The trio did not have to wait long for success and this came in 1973 when Roger Daltrey, Lead singer with The Who recorded Leo and David’s Giving It All Away for his debut solo album. The singer reached number 5 in the UK and hit the Top 10 in the states. Leo Sayer had arrived. He had been brought to public attention on both sides of the Atlantic and the subsequent release of his first album, Silver Bird, on Chrysalis, proved a major 1973 release.

Leo’s single, The Show Must Go On, hit number 2 in Britain, while Three Dog Night, the American group, released a version which went to number 5 in the US. Chart success was followed by concert appearances supporting Roxy Music where he frequently stole the show with his now famous white face and Pierrot costume. The Leo frenzy continued to grow and spilled over into the States where his headline tour drew rave reviews from the critics and public alike in New York and Los Angeles.

A two-month headlining tour of the US was followed by the release of Leo’s second album, Just A Boy, from which the singles, One-Man Band, Train and Long Tall Glasses were huge international hits. A series of concerts followed in Australia where Leo (by now the clown image had been discarded) became a favourite with fans – a mutual affection which endures and goes from strength to strength.

In 1975 Leo was back in the UK with Moonlighting to the top of the charts (taken from the album Another Year), co-writing by Leo and Frank Farrell, Leo’s bass player at the time. The release of Here in 1979 and World Radio in 1981 saw Leo once again collaborating with David Courtney.

A major turning point in Leo Sayer’s career came in 1976 when he began working in Los Angeles with producer Richard Perry. Perry was originally more impressed with Leo’s own composition, You Make Me Feel Like Dancing, became his first US number 1 hit and won, in 1977, a Grammy Award for the best R & B song. Endless Flight turned out to be Leo’s most successful album to date, particularly in the States with When I Need You a second number 1, and How Much Love also hitting the US top 40.

The US success had positive reverberations around the world resulting in When I Need You becoming number 1 in almost every major territory and the BBC in England offering Leo his own series. This project was so successful that it was extended into the eighties with two further Leo Sayer TV series.

Two more albums with Richard Perry followed, Thunder In My Heart in 1977 and Leo Sayer in 1978. Leo was at this time resident in Los Angeles, and on a constant touring schedule in the US as one of the major headline acts in the country.

Leo returned to Britain in 1980, recording his first album in the UK for five years with Alan Tarney co-writing and producing Living in A Fantasy. His version of More Than I Can Say went to number 2 both in the UK and US charts.

In 1981 Leo embarked on highly successful world tour, taking in Australia, New Zealand, Hong Kong, Singapore, Thailand, Japan, Hawaii, the US and Canada. Somehow he found time to record his ninth album World Radio with Arif Mardin, the celebrated New York producer. Have You Ever Been In Love from the album was yet another international hit single?

In 1983 the critically acclaimed Orchard Road was conceived by Leo and Alan Tarney, and was one of the major hits from that year’s Have You Ever Been In Love album.

In 1989 Leo Sayer returned to the studio to record the album Cool Touch. Leo and Alan Tarney had got together yet again and in a remarkable 28 days recorded ten new songs, the album proving especially popular in Germany and Japan.

In 1990 Leo had a unique opportunity to play two concerts in Moscow to capacity audiences at the Olympic Hall. It was a long overdue visit judging by the reaction of the Muscovites, who were very familiar with his hit songs. This was followed in 1991 by a tour of Australia and New Zealand.

In 1992, Leo made his final record for Chrysalis, All The Best, the definitive compilation of his greatest hits, which included cover design and liner notes from the man himself. The album became a big success back home in the UK.

Leo has toured the U.K, Europe, South East Asia, Australia and New Zealand constantly since then, thrilling large arena audiences in Australia and N.Z. – and played (in 1993) two concerts in Ho Chi Minh City, Vietnam. It was the first public concert seen there since the war, and another great success for Leo.

Leo’s career has now had a remarkable resurgence in the U.K. since he played three weeks of sell out shows in the summer of 1997 at the Café Royal in London’s West End. Many representatives of the national press, including “The Sun” newspaper, who launched a huge press campaign to “bring back Leo”, attended the opening night!

Leo’s popularity around the world has taken on a new significance with him now being favourably compared with many important contemporary bands and Artiste’s. Many of these profess to be fans, and the songs Leo has made famous are, in some cases, now played by them as well.

In 2010 Leo took part on the hugely successful Once In A Lifetime Tour alongside The Osmonds, David Essex & The Bay City Rollers.