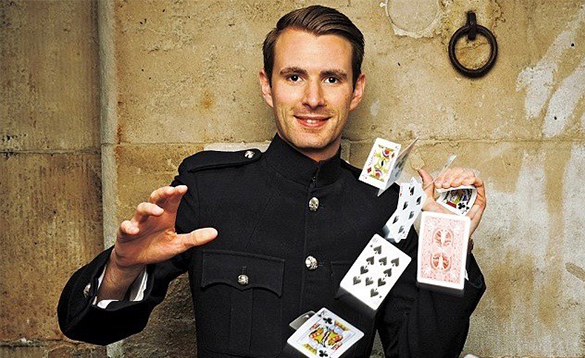 Lance Corporal Richard Jones captivated the nation with the old hero’s inspirational story of survival in a Japanese prisoner of war camp to win this year’s Britain’s Got Talent.

The Saturday night finale saw Richard ‘paint’ a picture of Mr Fergus Anckorn, 97, on the back of nine playing cards which he laid out in front of the judges. Richard, who is still a serving member in the Household Cavalry used his final appearance to tell the story of Mr Anckorn, revealing he was the inspiration behind his magic career. Richard asked judge Amanda Holden to sign a playing card before ripping it up, setting it alight and magically restoring it – the ‘favourite’ trick performed by Mr Anckorn while he was a prisoner of war.