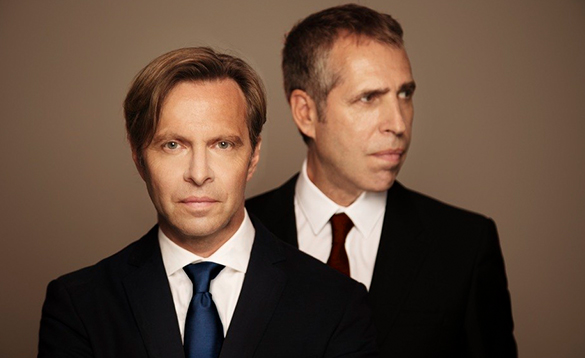 In 1987, as the era of Electronic Pop and New Romantics was reaching its culmination, Anglo-American group Johnny Hates Jazz were catapulted to success with the release of their single ‘Shattered Dreams’ on Virgin Records. It became a top 5 hit worldwide, reaching number 2 in the USA and Japan, and has since been played over 3 million times on American radio alone.

‘Shattered Dreams’ was followed by other hits including the anti-war anthem ‘I Don’t Want To Be A Hero’, ‘Turn Back The Clock’ (featuring Kim Wilde) and ‘Heart Of Gold’. Their album ‘Turn Back The Clock’ entered the UK charts at number 1, going double-platinum and selling 4 million copies in the process. It is arguably one of the definitive albums of the 1980’s, and is one of only two debut albums released by Virgin Records that immediately went to the top of the charts upon its release — the other being ‘Never Mind The Bollocks’ by The Sex Pistols.

The band went their separate ways shortly afterwards, deciding to focus on other musical projects instead. In fact, over the next 20 years, they completely lost contact with one and other.

However in 2010, original members Clark Datchler (lead singer/songwriter/keyboard player) and Mike Nocito (producer/engineer/guitarist) decided to come back together to write, record and produce a brand new Johnny Hates Jazz album for the modern era. At the same time, they began to perform live at international festivals.

That album, titled ‘Magnetized’, was completed and released in 2013. The title track was quickly A-listed and became a huge radio hit in both the UK and Germany. Unfortunately, Clark was diagnosed with a serious illness soon after, and all promotion came to an abrupt halt. By early 2014, he had made a full recovery and JHJ began to perform again at festivals in the UK and Germany.

Since then, they have been working on new material, while at the some time Clark has been co-writing the next Mike and The Mechanics album with Mike Rutherford. JHJ now aim to bring both the ‘Turn Back The Clock’ and ‘Magnetized’ albums to an ever-increasing international audience.