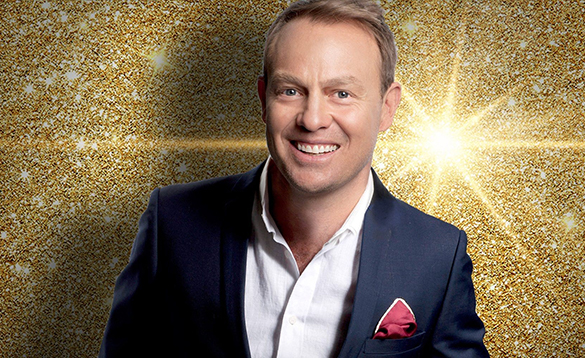 In 1985 Jason Donovan was told that Grundy Television wanted him to audition for the part of ‘Scott’ in a soap called ‘Neighbours’. He had already turned down the part of ‘Danny’ previously because he wanted to finish his education. Unbeknown to Jason this was to be the start of a very successful career.

Neighbours became one of the most popular soaps on TV and Jason Donovan became the boy next door that everyone wanted to meet. Then in came a character called ‘Charlene’ played by Kylie Minouge who was soon to be his on screen lover. This turned into one of the most popular screen romances ever. With their rocky relationship being watched by millions of people all over the world. These was a lot of speculation about their relationship off screen as well, which was continually denied by them both. Their screen wedding pulled in record-breaking ratings and the speculation kept growing.

Jason Donovan started to embark on a music career and soon signed up with record company ‘Mushroom Records’. He went to London to record his first single and started working with Stock, Aitken and Waterman. His first single released in 1988 reached number 5 in the UK and reached number 1 in Japan and Hong Kong. It also charted in many other countries worldwide.

Jason and Kylies screen romance sparked off what was to be the best selling single in the UK for 2 years. The pair released a duet called Especially For You. It reached number 1 and remained in the charts for 14 weeks. This only added more speculation of their off screen love affair, which they still denied. It was not till much later on when they had gone their separate ways that Jason admitted that they had been seeing each other.

In February 1989 his next single Too Many Broken Hearts was to be Jason’s first solo number one. His continuing success made him one of the most popular artists in British history. Any personal appearances he made created a Beatle like mania with fans blocking streets and fainting at his feet.

In April 1989 he hung up his ‘Neighbours’ coat and left it behind so he could concentrate on his music. His debut album Ten Good Reasons was released in May which entered the UK charts at number 2 and continued on to go Platinum and take the number 1 slot and stayed there for 3 weeks. Then he released a cover of Sealed with a Kiss which was to lead to Jason re-writing the record books. It went straight to number 1 and then it brought his album back up to number 1 slot making Jason Donovan the first Australian male to hold both number 1 slots at the same time.

In August he released his next single called Everyday which reached number 2 in the UK. In November his next top 5 hit When You Come Back To Me was kept off the top spot by ‘Band Aid 2’ in which Jason also took part. Jason went on to receive more awards including Best British Album, Best Male Singer and Most Fanciable Male by Smash Hits.

In June 1991 he made his West End Debut taking the title of Joseph in The Amazing Technicolor Dream Coat at ‘The London Palladium’. It opened to rave reviews and became a box office sell out. The single Any Dream Will Do was released which gave Jason his fourth number 1.

In 1998 Jason Donovan joined the UK tour of ‘The Rocky Horror Show’ to play the part of ‘Frank n Furter’ as the show was due to celebrate its 25th anniversary. Unbeknown to Jason this was to lead to one of the most life changing experiences of his life so far. It toured all over the UK and received excellent reviews.

Jason Donovan next accepted an offer to appear on ITV’s 2006 show I’m A Celebrity Get Me Out Of Here. Despite previously shying away from reality television, Jason bungeed in to the Aussie jungle where he spent three weeks making his way back into the hearts and minds of the British public. Although the jungle crown was won by Matt Willis, Jason finished a respectable 3rd place and returned to the UK to a very warm reception.

2008 was a busy year for Jason. In January the ITV series Echo Beach was screened and ran for twelve weeks. In this soap Jason played the role of Daniel Marrack, opposite ex-Eastenders actress Martine McCutheon.

Jason went back into the West End appearing in Priscilla Queen Of The Desert and in 2011 will make his debut on the Here And Now 10th Anniversary Tour.