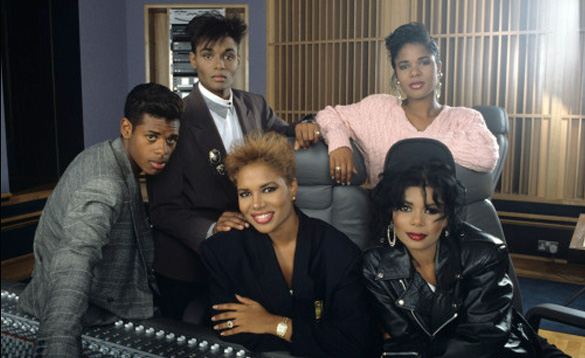 Five Star, have come a long way, since their humble Beginnings in a small Village on the outskirts of London called, Romford in Essex.

Renowned as Britain’s answer to the Jackson Five with their dynamic sound and fabulous dance routines they rocked up the British and US Pop Charts in the 80’s. The Pearson siblings burst onto the scene with the Name Five Star, a name created by their father Buster Pearson in 1983, performing a sizzling rendition of a Demo, their father originally intended to record with Another group.

After performing a song entitled Problematic for the BBC, the group signed with a major label TENT/RCA and released their 1985 debut album Luxury of Life and the rest is, as they say, pop history.

Five Star, scored a total of six Top 10 singles and with their No.1 album in the U.K Silk & Steel breaking Michael Jackson’s record by becoming the youngest Group, ever to top the British charts, also the first Black group to top the U.K charts in 1987.

Five Star, were named ‘Best British Group’ by the BPI (British Phonographic Industry) the British equivalent to the American Grammy’s. They also played a command performance for the Queen of England, Prince Phillip, and the late Princess Margaret. And sold out 6 nights at the Wembley arena to more than 60,000 fans.

Five Star, have sold over 10 million albums around the world without ever having toured outside the U.K on Tent Records, Distributed by RCA and then later Epic Records. Luxury of Life reached the U.K Top 5 and sold over One million copies, and went gold in the U.S.A on the Strength of the Top 20 British smash, the Grammy Nominated, single All Fall Down’/’First Avenue.

Five Star, have been performing together for 28 years, with 32 top 100 hits on the Tent Records label. The group was launched under the direction and guidance of their Father/Manager Buster Pearson, a renowned POP/R&B Musician who played with Wilson Pickett, Muddy Waters Desmond Decker and Jimmy Cliff.