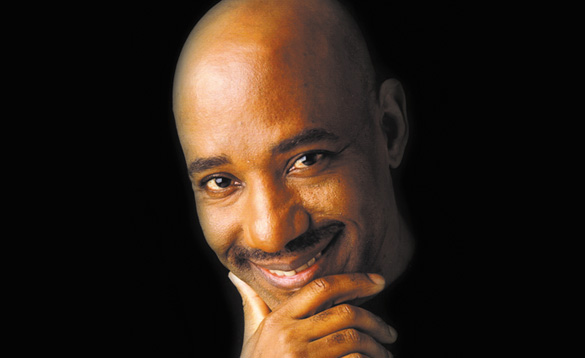 In 1969 while demoing a slight reggae version of the John Lennon song ‘Give Peace a Chance’ with a group of friends, Errol Brown changed the lyrics of the number but was informed that he could not change Lennon’s song without his permission! So a copy of the demo was sent to The Beatles record label, ‘Apple’ with fingers crossed. Amazingly John Lennon loved the version and it was released on the ‘Apple’ label. Errol and his friends were given the name, ‘The Hot Chocolate Band’, a name thought up by a secretary at the company but which the band later changed to Hot Chocolate.

Towards the end of 1969, Mickie Most signed Errol Brown and the co-founder of the group, Tony Wilson as writers and recorded their songs with Mary Hopkins, Julie Felix and Herman Hermits before encouraging them to come up with a song for themselves.

In 1970 Hot Chocolate, with Errol Brown as lead singer released their first record, entitled Love Is Life which reached no. 6 in the charts. This was the start of a fifteen year career for the group who amassed a total of over 30 hits and also became the only group in the UK to have a hit for fifteen consecutive years. Brown’s bald headed charismatic image and unique voice being the central focus of the group along with a great song writing talent that saw him pen such pop classics as, It Started With A Kiss, You Sexy Thing and Every One’s A Winner.

In 1981, Hot Chocolate had the honour of being invited by Lady Diana and Prince Charles to play at their pre-wedding reception at Buckingham Palace which was attended by Heads of Government and many members of European Royalty.

In 1985 Errol left the band and took time out to spend more time with his wife and then young children, resurfacing in 1990 and 1993 to embark on successful solo tours of the UK. He helped with the promotion of the classic, You Sexy Thing which is a major part of the hit movie The Full Monty, which was released by EMI records in November 1997. A Hot Chocolate Greatest Hits Compolation released in October ‘97 reached number 10 in the album charts in November. Errol Brown also performed live on ‘Top of the Pops’ as the single reached the number 6 position. The ’97 UK tour again sold out.

Errol Brown hit the charts again in February ‘98 when EMI released the single It Started With A Kiss and appeared on ‘Top of the Pops’ again. Errol Brown completed a sell out 72 date UK tour, which included an outstanding performance at the London Palladium in May and The Shepherds Bush Empire

July 98 Errol Brown was on an extensive promotion tour of concerts, television/radio and media appearances throughout Europe having topped the bill at the Frankfurt Festival where he played to an audience of over 300,000.

Errol, Elton John, Billie Joel and Kylie Minogue were invited to appear in concert to open the worlds largest casino in Melbourne Australia which completed his 1998.

In March 1999 Errol Brown embarked on a 77 date UK tour which again was a total sell out including a Sunday night at The London Palladium.

July 24th ‘99 saw Errol Brown participate alongside such Artistes at Ronan Keating from ‘Boyzone and Emma Bunton from the Spice Girls in the gala concert for breast cancer entitled Wicked Women. The concert was held at London’s Hyde Park to an audience of 100,000, and was broadcast on a worldwide TV link around the world.

Errol’s songs and image are used globally in cinema, television and radio commercial’s. The most well known being in the UK for Cadbury’s, hot drinking chocolate. He was featured in a Christmas special for the BBC in the story of Top Of The Pops as he is one of the most regular artistes.

2001 saw Errol Brown on a Nationwide tour entertaining his fans with the old favourites as well as new material. As Errol Brown only tours every two to three years he is preparing for a UK tour 2005.