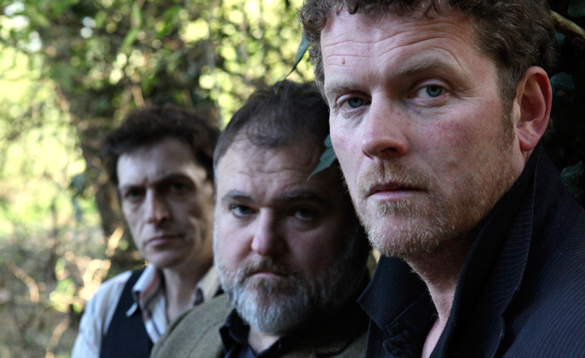 STAND UPRIGHT IN A COOL PLACE the most recent album from Dodgy was a long time coming, 15 years to be precise since the double platinum selling ‘Free Peace Sweet’ and from the four and five star reviews and many media plaudits the new album has received, they have successfully overcome the often tricky task of a band reinventing themselves, to make a contemporary and relevant album. Creating a sound with “golden harmonies and echoes of CSN&Y and Fleet Foxes”, and prompting The Word magazine to say ”They’ve just made the record of their career by a country mile”. A result for which the contribution by mixer Matt Pence, known for his work with the likes of Midlake and John Grant, should not be underestimated.

The first time round, Dodgy were only together for seven years but in that time they sold over a million records worldwide, released three albums and 12 Top 40 singles, including Staying Out For The Summer, In A Room, If You’re Thinking Of Me and the Top 5 hit Good Enough, still a staple of the radio playlists. They sold out the Brixton Academy for three nights in a row and were awarded an unprecedented 90-minute Saturday evening slot on the Pyramid stage at Glastonbury Festival in 1997 just before Radiohead. Not bad, considering that they also partied harder than an Ewok.

Since the release of Stand Upright In A Cool Place in 2012, Dodgy haven’t really stopped as live gigs and festival appearances have always been an important part of the Dodgy experience, for many they are the perfect festival band & Summers 2012/2013 were no exception, with Dodgy ripping it up at prestigious festivals such as BT LONDON LIVE, Camp Bestival, V Festival, Wychwood, Beautiful Days, Jamie Oliver’s Feastival and Kendal Calling, as well as many other boutique festivals around the UK.

2013 saw no let up, taking their much heralded acoustic show on tour throughout January and February and going back into the studio to work on brand new tracks for a new album next year. Following the success of their recent comeback album, Stand Upright In A Cool Place coupled with the fact that this year is the 20th (Platinum) anniversary of the release of The Dodgy Album, the band’s debut LP, the band performed a series of live dates through MAY and JUNE, highlighting the ‘now’ and ‘then’ of the band performing BOTH albums in full, called the Back to Back Tour. A live album from this tour will be released in November.