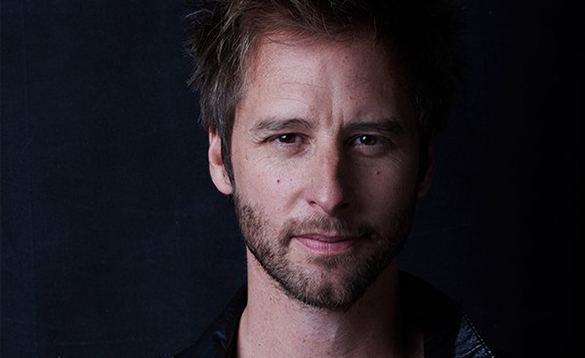 During the last twelve months, and increasingly so since the beginning of 2005, Chesney has become the subject of unprecedented TV interest. In 2004 he took time out to present two shows for MTV/VH1. He was also asked to guest on a celebrity version of The Weakest Link. In December, Chesney was approached by Endemol and Channel 4 to take part in the third series of The Games in which the producers take ten participants and then provide them with world class training facilities and expertise in each of a number of physical events. The show ran from the end of March until the beginning of April and Chesney delivered some outstanding performances, coming amongst the medals and winning the affection of a new group of fans.

In May he performed on the new LWT show Hit Me Baby One More Time and shortly after winning his heat, his release, Another Fine Mess, charted. His follow up, Overrated, is already receiving early radio play. In October he took part in a Saatchi produced Sport England ad alongside a group which included Rio Ferdinand and Alan Smith.

Chesney has been on the road now for four years, during which time he has performed at over 400 student events, the audiences for which have exceeded 500,000.

Chesney has worked with numerous writers and producers from a broad section of the industry, among them Mark Goldenberg who co-wrote The Eels’ Novocain For The Soul, Adam Schlesinger of Fountains Of Wayne, Jesse Vellenswealla of The Gin Blossoms, and Counting Crows producer Marvin Etzioni. Other collaborators include Howard Jones, the Police’s Stuart Copeland, Nik Kershaw & Bijou Phillips as well as Paul Marazzi of A1. Artists continue to cover his songs and in 2004 he had material recorded by three international Pop Idol winners. English band Hepburn covered Next Life, which Chesney co-wrote with Phil Thornally. (Phil co-wrote Torn, a hit for Natalie Imbruglia). Caprice charted with Once Around The Sun which Chesney co-wrote with Eric Pressley and he also collaborated with Tricky on his Mission Accomplished EP. Another of Chesney’s songs, Almost You, was in the film Jawbreaker starring Rose McGowan and Marilyn Manson and Missing You Already featured in the film The Night We Never Met which starred Mathew Broderick.

The One And Only was the 20th biggest selling single of the nineties.