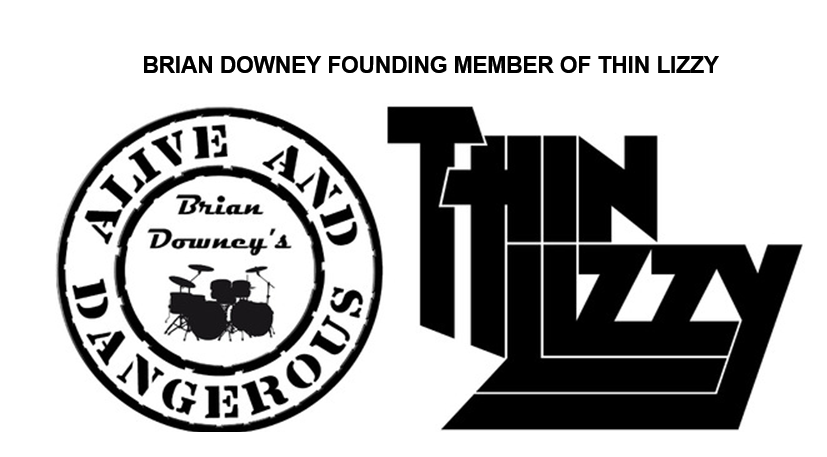 Hailing originally from Dublin, Brian enjoyed his first taste of success in Ireland with the top 20 hit ‘Morning Dew’ before forming ‘Orphanage’ with Phil Lynott.

The two went on to form the legendary Thin Lizzy with Eric Bell and Brian remained a constant member until the band split in 1983.

Having worked on Phil Lynott’s solo albums and the subsequent Grand Slam project. Brian relocated back to Dublin around the time of Phil’s untimely death on January 4th, 1986. Brian remained in constant demand as both a touring and session drummer and regularly played live shows and recorded with renowned guitarist Gary Moore.

Matt is a Belfast based musician and vocalist with a fervent love of blues, rock, and soul. Starting off at an early age as a boy soprano, his teens saw him flirting with various bands, playing standards from Jimi Hendrix, Bill Withers and Funkadelic, leading him to become one of Northern Ireland’s most sought-after radio jingle and corporate vocalists.

The influence of Thin Lizzy’s music and in Particular, Phil Lynott’s vocal/writing style, making the perfect frontman for ALIVE AND DANGEROUS…….Are you ready?!

Michal was born in Lubliniec/Koszecin Poland. His musical career started when his father brought home an electric guitar which he had swapped for a bottle of vodka. He immediately took to the instrument and became unemployable and started his career as a guitarist, quickly establishing himself in local bands as an outstanding player. Unfortunately, Poland became too small for his ambition, and he decided to relocate to Dublin where he quickly became a highly respected and sought-after musician. He toured extensively in Europe with various bands. More recently he completed a bachelor’s degree in Modern Commercial Music at BIMM DIT University, Dublin. Michal also has his own online remote sessions for recording and guitar lessons.

Joe is a Dublin based, self-taught guitarist, playing for over 18 years in bands. Starting out in Dublin he then toured extensively throughout Ireland, Europe, Scandinavia, and the UK with various bands, gaining a great reputation throughout the industry working as a touring and session musician. He graduated from BIMM DIT, Dublin 2017 with a BA (Hons) in Commercial Modern Music