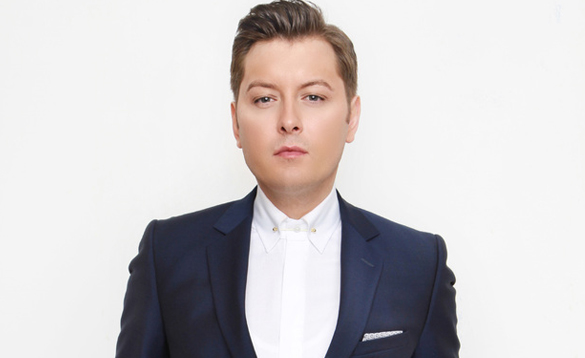 Brian walked into our lives and hearts on the 25th May 2001 when he nervously entered through the doors of the Big Brother 2 house and onto our television screens. He entertained the nation for 9 weeks with his humour, vulnerability and openness and became the inevitable winner. To this day, although many winners and housemates have appeared on subsequent shows, Brian continues to remain every BB enthusiasts favourite Big Brother.
Quintessentially, Brian is very much a people person, saying, “I’m proudest of my ability to talk to anyone, anywhere. It’s what I’m famous for”. Unsurprisingly because of this attribute, Brian has been a celebrity TV fundraiser for Comic Relief, Sport Relief and Children In Need.
He is also the ultimate in style, a characteristic that has him constantly in demand to present such notable events as the Variety Club Showbusiness Awards, Elle Style Awards and The Clothes Show Live 2003, where he won the award for Most Stylish TV Personality.
Brian is single, lives in South London, but prefers to keep his private life out of the limelight. He remains close to many of the old friends he had before his meteoric rise to fame, in addition to having made many new ones from within the industry. He remains close to his family back in Ireland, and is a doting uncle.
After winning Big Brother 2 in 2001, Brian signed a production deal with Blaze television; he went on to present the award winning flagship children’s show ‘SM:tv Live’ for 20 months winning 2 BAFTAs during his time on the show.
During his time with SM:tv he interviewed many of the world’s top celebrities and played numerous character roles in sketches. He has also hosted many prestigious events, including the Variety Club Showbusiness Awards, Elle Style Awards and the First Light Film Awards.
Brian then went on to front his own show for ITV1: Brian’s Boyfriends which ran for 13 weeks. The series was recognised for hitting an all time high for viewing figure during its run, because of its popularity – ITV1 has recently repeated the series.
Continuing to further his career Brian went on to be the voice of C4’s highly popular The Salon narrating the show for its 6 months run. He regularly presents and works for many corporate companies including The Clothes Show Live, Top Shop, World Travel Marketing Awards, Britannia Airways, Vodafone, and Glamour Magazine and has been the voice of numerous TV advertisements.
Brian, as one of ‘the faces’ of Broadcast Channel of the Year LIVINGtv, presented in November of 2004 the first ‘live’ Mr Gay UK. He has fronted three series’ of I’m Famous & Frightened Extra, and narrated their 20-part commission Trolley Dollies. He continues to present Celebrity Extra for LIVINGtv.
During 2005, Brian played his first acting role in ITV’s Footballers’ Wives TV, a spoof spin off from the popular series of the same name.
May of 2005 saw Brian voted ‘The Nation’s Favourite Big Brother Housemate’, triumphing over BB5 winner Nadia Almada, and media darling Jade Goody. With over 100,000 votes cast by Big Brother fans via the Channel 4 BB website, Brian has proved – four years on from winning BB2 – his endearing popularity.

In July of 2005 Brian presented Party In The Park, a ‘live’ 3 hour pop extravaganza for LIVINGtv. He co-presented Ireland’s biggest free pop concert, ‘O2 In The Park’ to an audience of 125,000 in Dublin, which was subsequently transmitted on RTE2, Brian’s first TV show in his home country Ireland. He also spent 6 months presenting for SKY Television during the latter end on 2005 and the beginning of 2006. Brian was “The Face” of ITVPlay’s flagship show The Mint, and was the main presenter during it’s 11month run on ITV1. Also at this time Brian had an extremely popular ‘Showbiz’ slot on Vernon Kay’s Radio 1 Saturday show each week.
In Sept 2007 Brian spent 2weeks in ITV1’s Hell Kitchen becoming an accomplished pastry chef under the tutorage of Michelin star chef, Marco Pierre White, and finishing a very creditable 3rd.
Brian recently fronted “Cirque: Backstage at the Big Top”, on Sky One a sister show to reality hit “Cirque de Celebrité”. His next big project was being asked to host the 65th Annual Golden Globe Awards live from the red carpet in L.A. for Sky One in January 2008.
In January of 2008 Brian presented his first ever prime time series in Ireland for RTÉ One, “So You Want To Be Famous?” a three part documentary that gave an in-depth look into the celebrity culture in Ireland. Since then he has been busy with various Radio Shows, appearances and shows on UK & Irish television, and hosting various events, including the prestigious Silver Clef Nordoff-Robbins music awards, and the Miss Ireland Finals with Myleene Klass.
Brian finished as runner-up in the successful RTE celebrity Fáilte Towers charity reality show, in August 2008. A brand new format where 13 celebrities ran a fully functioning hotel for 16 days to raise money for their respective charities.
This year for the first time ever Brian is fulfilling an ambition to tread the boards by appearing as a Johnny Depp-esque Captain Hook in Peter Pan at the Tivoli Theatre in Dublin.
2009 saw Brian continuing to be the voice of Closer magazine advertisements on TV, and once again asked to present the very popular Hot or Not radio show on Heat Radio. Brian’s popularity with Big Brother fans continues to flourish this time being convincingly crowned The Nation’s Favourite Big Brother Winner in a recent poll run by Heat Magazine. This was followed by another accolade from the Channel4 Big Brother fans, who on the 10th Anniversary of the Reality Show voted Brian the Best Ever Big Brother Winner. Throughout 2009 Brian made many guest appearances on Radio and TV shows both in the UK and in Ireland and continued to impress clients with his corporate engagements which is testified with repeat bookings.
For the second year Brian took to the boards at The Tivoli Dublin this time making his debut as a Pantomime Dame as one of the Ugly Sisters in Cinderella. Brian took to the role like a duck to water and was given rave reviews from both critics and the public alike who said he ‘stole the show’.