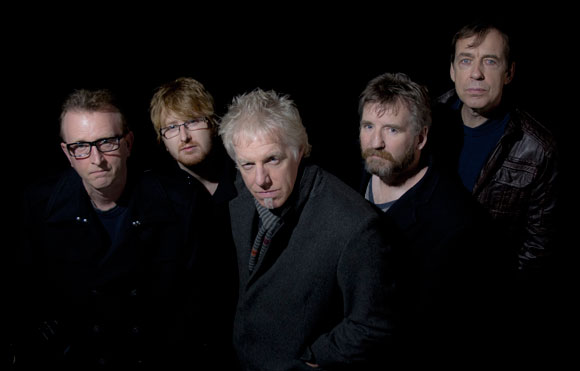 Big Country broke massively worldwide with the release of the album’s classic singles ‘Fields Of Fire’, ‘Chance’ and signature song ‘In A Big Country’, which went on to become massive worldwide hits, selling over 2 million copies and driving ‘The Crossing’ to 3 prestigious Grammy nominations in the USA.

The run of success continued throughout the 1980′s with the release of the anthemic single ‘Wonderland’ and the second album ‘Steeltown’ (1984), which debuted at Number 1 in the UK and contained the hit singles ‘East Of Eden, ‘Just a Shadow’ and ‘Where The Rose Is Sown’ . In 1985, Big Country appeared at Live Aid in London followed by further successful album releases ‘The Seer’ (1986, which included the bands biggest UK hit ‘Look Away’, which also reached Number 1 in the Irish Singles chart) and ‘Peace In Our Time’ (1988), which saw the band playing the first ever privately promoted gig in Russia at the Moscow Sports Stadium.

At the start of the 90’s ‘Through A Big Country’, featuring all the bands classic hits was released, followed by the fifth studio album ‘No Place Like Home’ (1991) taking the band’s total record sales to well over five million copies.