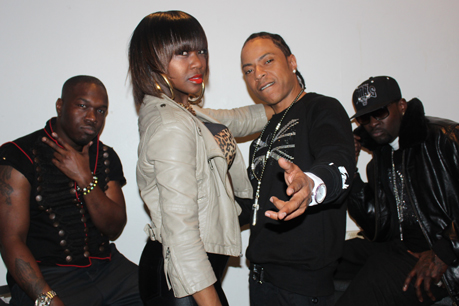 The young production duo of Skillz and Fingaz was the masterminds behind Big Brovaz, a collective that emerged from South London in early 2002. Taking their cue from So Solid Crew, the group featured a coed crew of vocalists. The MOBO award-winning R&B and hip hop music group’s debut single, ‘Nu Flow’ was a huge success, where it made the top 3 and spent over four months inside the top 75. Their debut album of the same name was released on 4 November 2002 to rave reviews and reached platinum status. The group’s second single, ‘OK’ made Number 7 and their third single ‘Favourite Things’ became the group’s most popular release, peaking at Number 2 and spending 3 weeks inside the top 3. The fourth single taken from the album was “Baby Boy and reached No 4. Big Brovaz are J Rock, Nadia, Randy and Flawless.