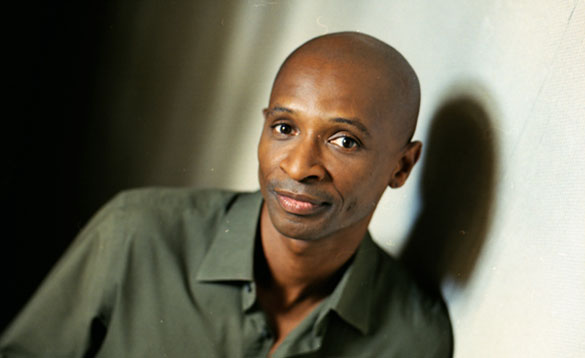 A platinum-selling recording artist who has performed for millions around the world, Andy Abraham is one of Britain’s most exciting male vocalists. Dubbed the ‘voice of the people’, Andy shot to fame when he finished runner-up on the world famous TV show The X-Factor In 2005.

He has backed up the reputation he forged on the show with scores of highly successful live shows, and four popular UK tours. Andy’s incredible vocal talent has seen him perform to sell out audiences at world famous venues such as the Royal Albert Hall.

The demand for Andy’s talent is global, seeing him perform all over the world in as far-flung places as the US, Egypt, Turkey, Serbia, the Irish Republic, Tenerife and, of course all four corners of the United Kingdom, plus there is more to come this year.

2014 saw Andy take the West End by storm when he played the roles of both Judas and John the Baptist in Godspell in Concert, directed by Kenneth Avery-Clark, in a successful one-off charity performance at the Lyric Theatre on Shaftesbury Avenue.

This was the first time the legendary musical had been staged in the West End for over thirty years and it enjoyed wonderful critical acclaim. Andy himself received high profile praise, especially through social media with the likes of Matt Lucas joining in the Twitter clamour.

Andy was joined on stage by Zoe Tyler, the hard-hitting vocal coach from the BBC primetime hit How Do You Solve A Problem Like Maria, and a host of West End regulars and the show was able to raise much-needed funds for the Make-A-Wish Foundation.

In 2013 he was a key player in the success of the iconic Boogie Nights revival musical alongside Gareth Gates, Louisa Lytton of EastEnders fame, Chico and the son of one of the show’s original creators, Shane Richie Jr. A nationwide box office smash, the show featured special guest appearances from The Osmonds and was greeted with huge praise by the critics.

The same year Andy appeared with celebrated soul artist Mica Paris at the star-studded birthday of designer and TV ‘Dragon’ Kelly Hoppen’s partner, businessman John Gardiner. The entertainment included a DJ set from EastEnders Patsy Palmer. Back in 2010 Andy performed along with Beverley Knight at the 21st birthday celebrations of Arsenal & England football star, Theo Walcott, creating such an impression that Theo’s father, Don Walcott, invited him back for his own wedding in 2014.

Andy released his fourth studio album Remember When… in March 2012. Recorded at the world famous Steelworks Studios in Sheffield, it is a passionate, intimate recording, showcasing two brand new tracks written by celebrated songwriter Eliot Kennedy and ten cover versions of classic soul songs – sounds that made Andy the man and the artist he is today.

The album was supported by the successful History of the Big Bands nationwide tour during which Andy teamed up with one of the country’s leading big bands to perform a selection of swing and jazz classics from legendary band leaders such as Duke Ellington, Count Basie and Glenn Miller.

In fact, each of Andy’s four studio albums, including The Impossible Dream, Soul Man, and Even If were supported by hit nationwide tours. Selling in excess of half a million records thus far, in 2006 he embarked on The X Factor Arena Tour, following it up the same year with the Unforgettable Tour. Late 2008 and early 2009 brought him great success with An Evening with Andy Abraham and, of course, the History of the Big Bands was a seminal feature of 2012.

In 2011, Andy enjoyed a massively successful run in the hit West End musical Respect La Diva, performing alongside Shelia Ferguson, lead singer of The Three Degrees, and Denise Pearson from the Eighties combo, Five Star. In 2009 Muhammad Ali extended Andy a special invitation to perform for him and in 2008 he was proud to represent Great Britain at the Eurovision Song Contest.

Andy has always been a keen supporter of charities. The proceeds of his 2006 Top 20 hit, December Brings Me Back To You, went to Barnardo’s and he has given invaluable help to Cancer Research, Children In Need, Nelson Mandela’s Children’s Fund, Rainbows Hospice for Children and Young People and several more worthy causes.

Yet, of all Andy’s achievements in the music industry, none is more special to him than an appearance made at the ‘after party’ of the 2006 Ivor Novello Awards. Andy performed a medley of songs by legendary production duo Kenny Gamble and Leon Huff. With the production veterans in the audience, Andy performed a tribute to their work including a show stopping rendition of ‘Ain’t No Stoppin’ Us Now’.

Andy’s soulful voice and down to earth personality has seen him wow everyone from his X Factor mentor, Sharon Osbourne, to audiences at the Albert Hall and millions on television.
As the ‘voice of the people’, he is one of the most gifted and accomplished British vocal performers of the 21st century.