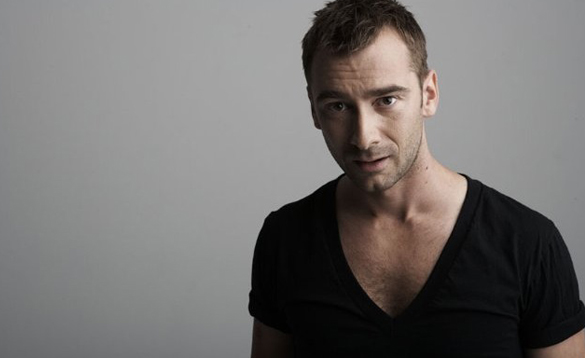 Condou was listed number 15 in the World Pride Power list 2012,[1] number 8 in the Independent on Sunday Pink Power list 2011[2] and 42 in the Pride Power List 2011.[3] He is a supporter of Manchester Pride,[4] a Patron of the charities Diversity Role models and the Albert Kennedy Trust, and a volunteer for the Terrence Higgins Trust.[5] He also works closely with Stonewall. In October 2012, he was named in the British gay publication, Attitude, as the magazine’s “Man of the Year” at the inaugural Attitude awards and was their cover star for the November issue of the same year.

His acting career began in the 1985 American TV Movie, The Key to Rebecca, at the age of twelve. His TV career continued throughout his teens with appearances in such TV series as Robin of Sherwood and A Sense of Guilt. In 1987 he starred in the TV movie Every Breath You Take opposite British actress (and one-time wife of John Cleese) Connie Booth, as Tom, a child who develops diabetes. He continued in his twenties, playing a variety of roles in series like Martin Chuzzlewit, Pie in the Sky, The Bill, Peak Practice and Urban Gothic. Before his 2005 performance as Jonatton Yeah? in the short-lived Channel 4 sitcom,Nathan Barley, Condou made guest appearances in a number of British TV series including, The Infinite Worlds of HG Wells, and Midsomer Murders and had a minor part in the 2001 thriller Charlotte Gray where Cate Blanchett played the title role.

In 2006 he appeared, as Renoir in the BBC drama The Impressionists. Other television and film roles included guest appearances as Nino in Gimme, Gimme, Gimme with his friend Kathy Burke, Dead Babies where he appeared alongside Paul Bettany, Olivia Williams and Kris Marshall.[6] He had a cameo role as one of the elves in Fred Claus with Vince Vaughn and Kevin Spacey in 2007,[7] before joining Coronation Street, in the summer of 2007. In the same year he appeared in the film Good starring Viggo Mortensen and Jason Isaacs. In 2008 he left Coronation Street. Speaking of his departure Condou said: “I have had a fantastic time in Coronation Street, but as a jobbing actor I believe it is time to move on. A Corrie spokeswoman said: “We’ll be sad to see Charlie leave.”[8] At the time Condou indicated “there are a few things in the pipeline, one of which is a feature film which is being made abroad. But all that’s under wraps at the moment.” This turned out to be Good

In March 2011 he returned to Coronation Street after an absence of almost three years. He had been promised that Marcus will become a leading character on the show following reports that Coronation Street was to have its first gay wedding in 2011 when Marcus Dent tied the knot with former flame Sean Tully. However the plot failed to materialise reflecting his growing unease with his on-screen pairing with Sean Tully, played by Antony Cotton.[10] Coronation Street sources initially indicated that he would enjoy a much more prominent role in the show, possibly at the expense of Cotton.

Condou divides his time between Manchester and Islington where he lives with his Canadian boyfriend, Cameron Laux[12] and his daughter and son, Georgia and Hal, who split their time between Condou and their mother, the actress Catherine Kanter. In a number of interviews, Condou has revealed that the children were conceived through IVF treatment, following Kanter’s 40th birthday and relationship breakup.[13] He wrote a column for The Guardian newspaper on the subject of same-sex parenting which was discontinued in July 2012.[14] His second child with Catherine Kanter, Hal, was born in January 2012 and featured heavily in Condou’s Guardian column “The Three of Us”.